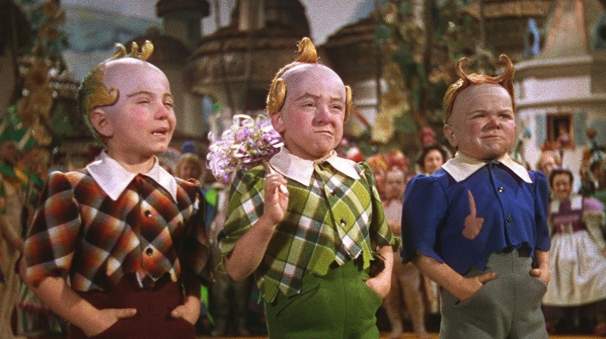 The last living ‘Wizard of Oz’ munchkin just passed away

The last living munchkin actor from “The Wizard Of Oz” has passed away, per TMZ. Jerry Maren was 98 years old and died last week in his San Diego nursing home. His family held a funeral this weekend at Forest Lawn in Hollywood.

The cause of death is unknown, but he did have dementia, sources confirmed. He was a member of the Lollipop Guild in the film, and one of the actors who welcomed Dorothy to Oz. He wore green in the movie, stood in the center and gave Dorothy candy.

His Instagram bio reads “Last living munchkin from the wizard of Oz.”

He had many roles throughout his career, including appearances on “The Twilight Zone,” “Seinfeld” and “Bewitched,” but his role on “The Wizard of Oz” is his most famous.

“I’ve done so many things in show business, but people say, ‘You were in ‘The Wizard of Oz’?’ It takes people’s breath away,” he said in an interview with Patch in 2011. “But then I realized, ‘Geez, it must have been a hell of a picture, because everyone remembers it everywhere I go.’”