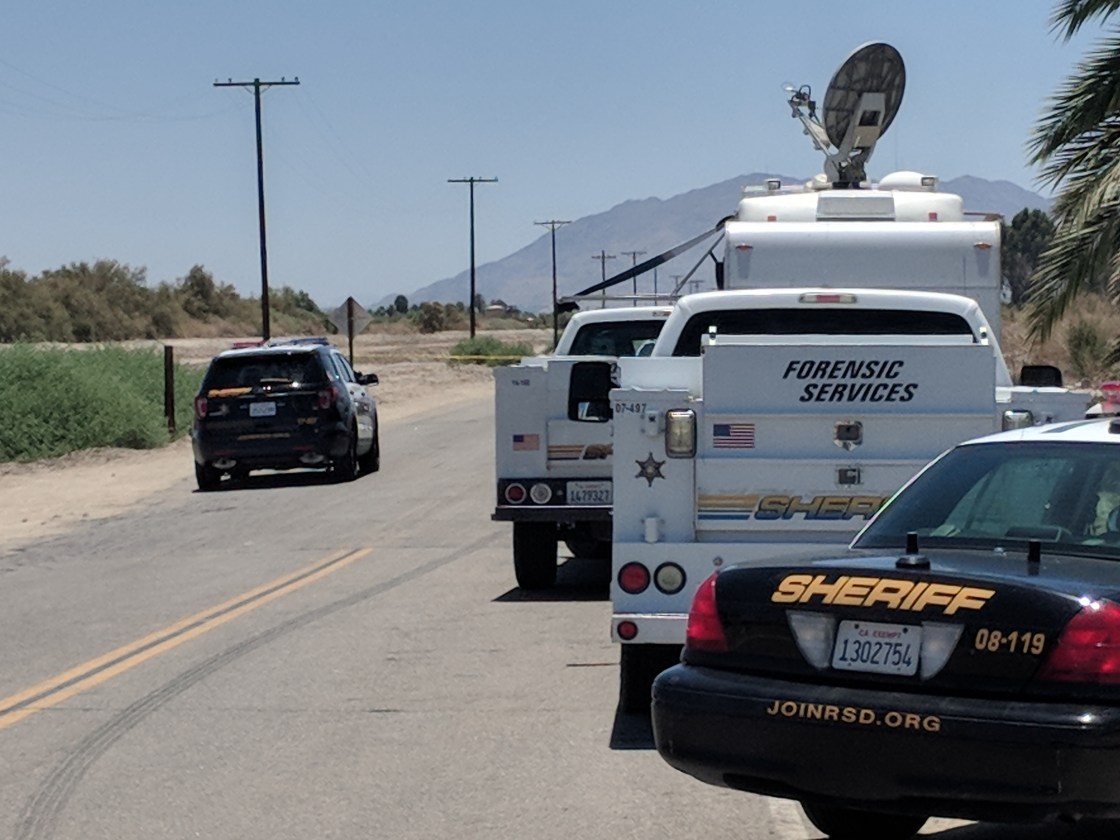 A woman’s charred remains were found near the scene of a weekend deputy-involved shooting that left a man dead in Mecca, sheriff’s deputies said Thursday, though any connection between the body’s discovery and the shooting suspect was unclear.

Deputies were first called at around 3:30 a.m. Sunday to Lincoln Street and Avenue 66 to assist county firefighters and California Highway Patrol officers with “a non-compliant subject armed with an axe,” according to sheriff’s Deputy Robyn Flores.

The man, whose name remains withheld by the county coroner’s office, was shot by a deputy, then taken to a hospital where he later died. The circumstances behind the shooting remain uncertain, and the involved deputy’s name has not been released, pending the DIS investigation.

At around 5 p.m. Sunday, county fire crews returned to the area where the shooting occurred “to extinguish smoldering debris at the scene of an earlier fire,” Flores said.

There, the woman’s remains were found among the debris, the deputy said.

Authorities have not determined the woman’s identity, nor whether she has any connection with the man shot earlier that day.

Anyone with information regarding this incident was asked to contact Central Homicide Investigator Navarrete at (951) 955-2777 or Thermal sheriff’s station Investigator Tijerina at (760) 863-8990.