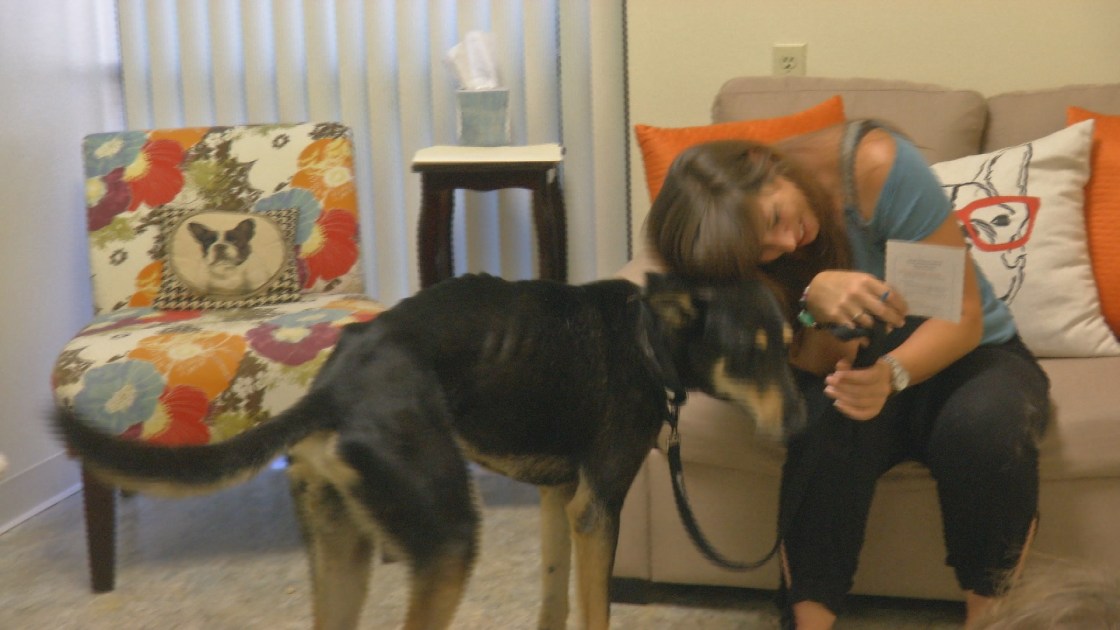 After arriving to the veterinarians office, Melisa Manning recounts the moment she found out her furry friend Nico was found alive after being lost for more than four years.

“I got a call from the Avid Microchip company saying, ‘we found your dog.” I thought, ‘it’s not possible. This is a mistake. Can they make this big of a mistake?”

“I saw him, and he came running to me, he licked me, jumps in my car, he shook my hand. The first night he slept with me.”

But it was no mistake. Nico had wondered into a man’s backyard in Indio a few months ago. The man took him in and fed him. But Nico was so malnourished, a neighbor reported the man for animal cruelty. When animal control arrived, the man explained what happened. They scanned the dog and found the owner.

“I saw him, and he came running to me, he licked me, jumps in my car, he shook my hand. The first night he slept with me,” said Manning.

After almost half a decade, Nico was finally back home.

“I’m brought to tears because I look at him and I’m sad for what he went through but then I cry because I’m so joyful for the time that I get to spend with him now,” said Manning.

Aside from being on the skinnier side and shedding hair a little more the usual, the vet says Nico is doing just fine. The big question is, where has he been for the past four years?

“I do think that he was scrounging for food in multiple locations, and just trying to fend for himself in some way,” said veterinarian Shakira Jameson.

Dr. Jameson says the reunion manning and Nico is the result of one thing.

“Thank God for microchips. It’s incredible. It’s actually pretty cool and it just goes to show that it pays to micro chip your dog,” said Jameson.

Manning agrees and adds one other thing.

“I’m grateful to that family because they didn’t let him keep going. They stopped and they cared for him and they welcomed him. And I’m thankful for that because if they hadn’t done that, he wouldn’t be with my family now,” said Manning.