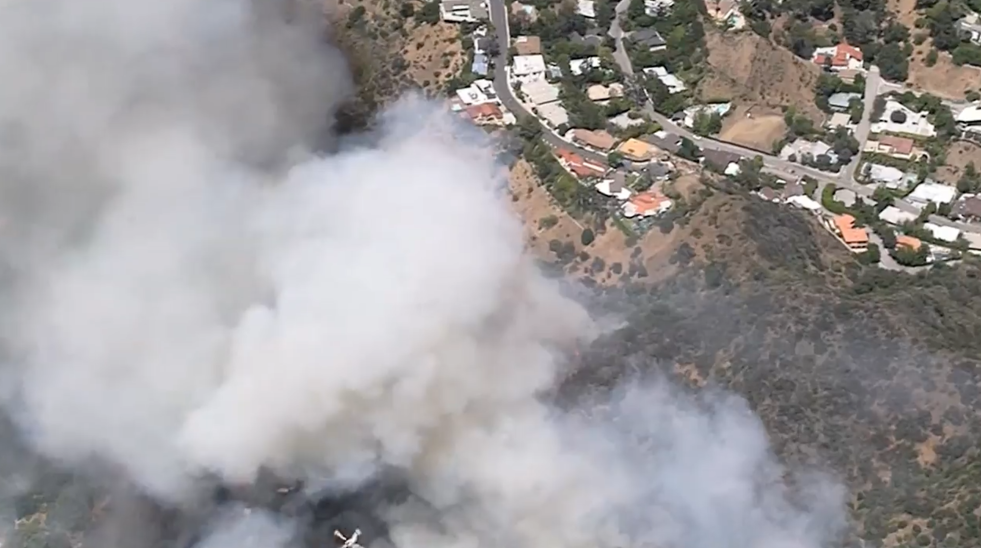 A brush fire broke out and threatened homes Tuesday afternoon in the Beverly Crest area, prompting evacuations and a furious response by firefighters.

The blaze, which quickly scorched an estimated 32 acres and had the potential to grow to 60, was reported just before 2 p.m. between the 9800 blocks of Portola and Yoakum drives east of Benedict Canyon Drive, according to Margaret Stewart of the Los Angeles Fire Department.

Crews from the LAFD, Los Angeles County and other neighboring fire departments sent resources to the battle the fire. Helicopters were making water drops and one fixed-wing aircraft was at the scene, Stewart said, adding that around 250 firefighters were at the scene two hours after the flames erupted and sent smoke looming over the area east of Bel-Air.

Homes on Portola and Yoakum were threatened and crews were working to protect them from the flames, she said.

Evacuations were ordered for San Ysidro Drive between Milboro Place and Beeson Drive and the northern boundary of Highridge Drive down Summitridge Drive and continuing on San Ysidro Drive to Stan Place to the south, according to Stewart, who said an evacuation center was opened at the Westwood Recreation Center at 1350 S. Sepulveda Blvd., Stewart said.

Other residents were advised to leave voluntarily or be ready to leave in a hurry if necessary and the general public was asked to avoid the area entirely.