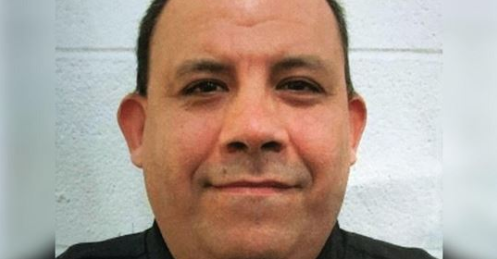 A Texas sheriff’s deputy is accused of sexually assaulting a 4-year-old girl and threatening the child’s mother, an undocumented immigrant, with deportation if she reported him.

Salazar said the mother from Guatemala took her daughter to a local fire station Saturday night when the child cried out for help and expressed feeling physical pain. He said Nunez has “familial ties” to the mother and child, but did not provide additional information on the relationship, NBC News reported.

Salazar said the assaults may have been going on for years, and that there could be other victims.

“The details of the case are quite frankly heartbreaking, disturbing, disgusting and infuriating all at the same time,” Salazar said.

Nunez is an employee of the county jail and is on paid leave.

County jail and court records show Nunez is being held without bail and don’t list an attorney who can speak on his behalf. He is due in court Monday afternoon. The felony charge carries a minimum 25-year sentence if he is convicted.

Salazar said while it was unclear if Nunez was “targeting” undocumented persons, he noted the appeal of such vulnerable communities who are less apt to report crimes because of their immigration status.

Last year, Texas passed a law banning “sanctuary cities” in the state and allows police to inquire about people’s immigration status during routine interactions like traffic stops. Senate Bill 4 went into effect this year after months of legal wrangling.

Under the law, local authorities who fail to honor federal requests to hold people jailed on offenses that aren’t immigration related for possible deportation can be fined. Police chiefs, sheriffs and constables could also face removal from office and even criminal charges for failing to comply with such federal “detainer” requests.

Still, Salazar encouraged victims of crimes to report it, regardless of their citizenship status.

“I would urge anybody that may be undocumented, that is a victim of a crime or witness to a crime, to please come forward and report it,” Salazar said. “Just like we’re doing in this case, we’re filling out paperwork with this witness in question to make sure that she’s given protected status pending the outcome of this case.”