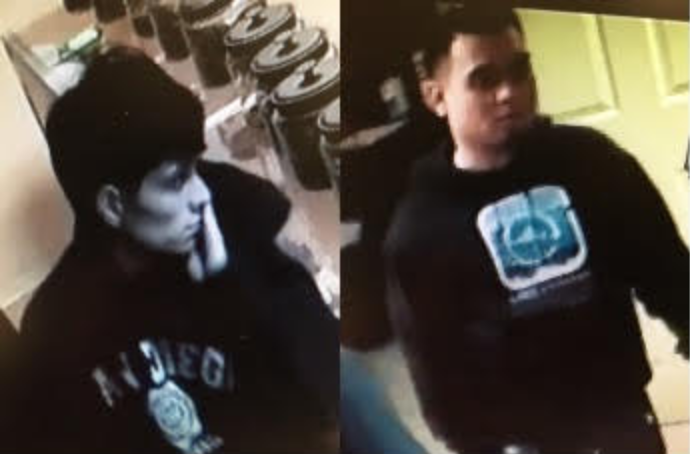 Two men who shot and stabbed “multiple” people during a robbery at a Banning business over the weekend remained at large Monday, police said.

The robbery occurred just before 11 p.m. Saturday at an undisclosed business in the 6000 block of West Ramsey Street, where arriving officers found “multiple victims suffering from both gunshot wounds and stab wounds,” according to the Banning Police Department.

The exact number of victims and the severity of their injuries were not disclosed, but the department said they were hospitalized “in stable condition.”

The first suspect, who police say was armed with a knife, was described as Hispanic, between 18 and 27 years old, 5-foot-9 to 6 feet tall, weighing 180 pounds with light skin and short brown hair. He was last seen wearing a black hooded sweatshirt emblazoned with “San Diego” and dark colored pants.

The second suspect, who police say had a handgun, was described as Hispanic, between 21 and 30 years old, 5-foot-6 to 5-foot-9, weighing 210 pounds, with light skin, short hair shaved on the sides and light facial hair on his chin. He was wearing a black LRG hooded sweatshirt and dark shorts.

The suspects, who are considered armed and dangerous, made their getaway in a dark-colored sedan.

Anyone with information regarding the suspects identities or whereabouts was asked to contact the Banning Police Department Detective Bureau at (951) 849-1511.