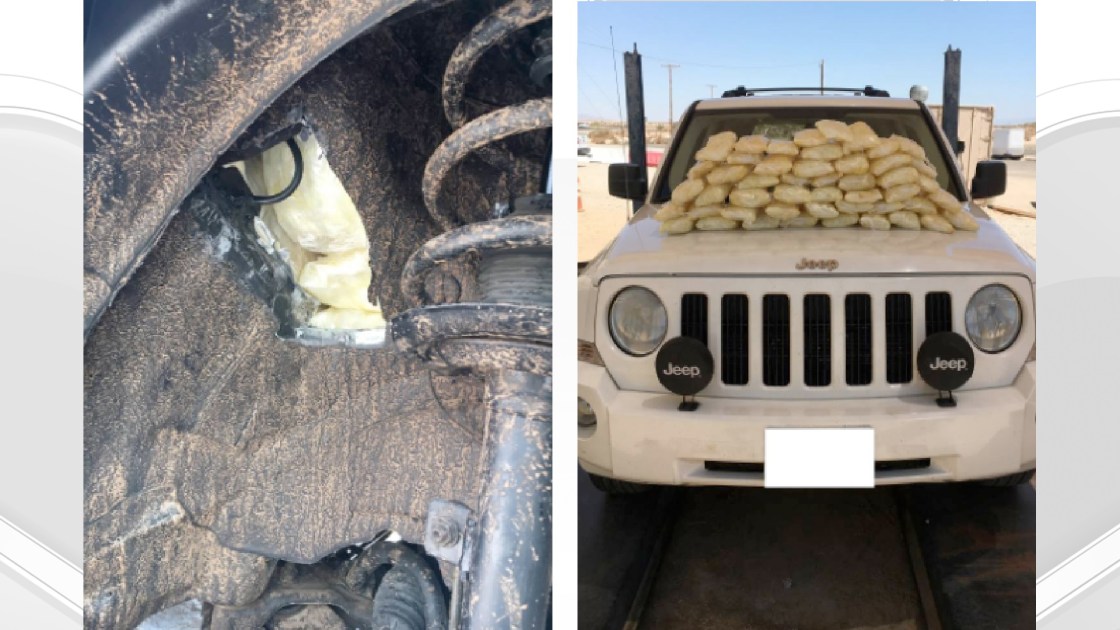 The incident occurred at approximately 10 a.m. when a Jeep approached the Highway 86 checkpoint.

During primary inspection, a Border Patrol canine detection team alerted to the vehicle. Agents referred the vehicle to secondary for further investigation.

At secondary inspection, Border Patrol agents discovered 49 packages concealed inside the firewall of the vehicle. Agents tested the contents of the packages, which indicated positive for the characteristics of methamphetamine.

The total weight of the methamphetamine was 43.16 pounds and had an estimated street value of $142,428.

The man, a 33-year-old Mexican national, vehicle, and narcotics were turned-over to the Drug Enforcement Administration for further investigation.