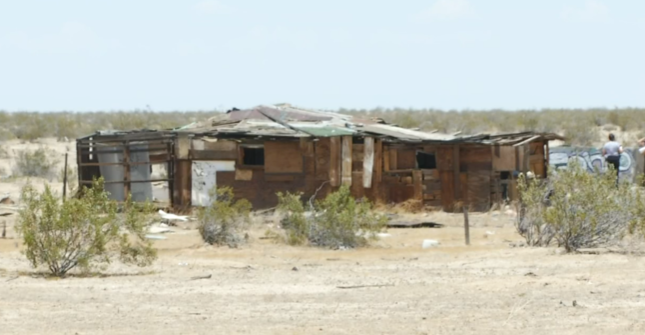 A burned body was located Monday in a cistern at an abandoned home in the Lancaster area.

The house appeared to be a dilapidated shack.

Sheriff’s homicide detectives were sent about 9:20 a.m. to the area of 220th Street East and East Avenue F. A detective told a news photographer at the scene that the body was burned and found inside a water cistern at an abandoned house.

Information was not immediately available on the person’s gender, identity or cause of death.