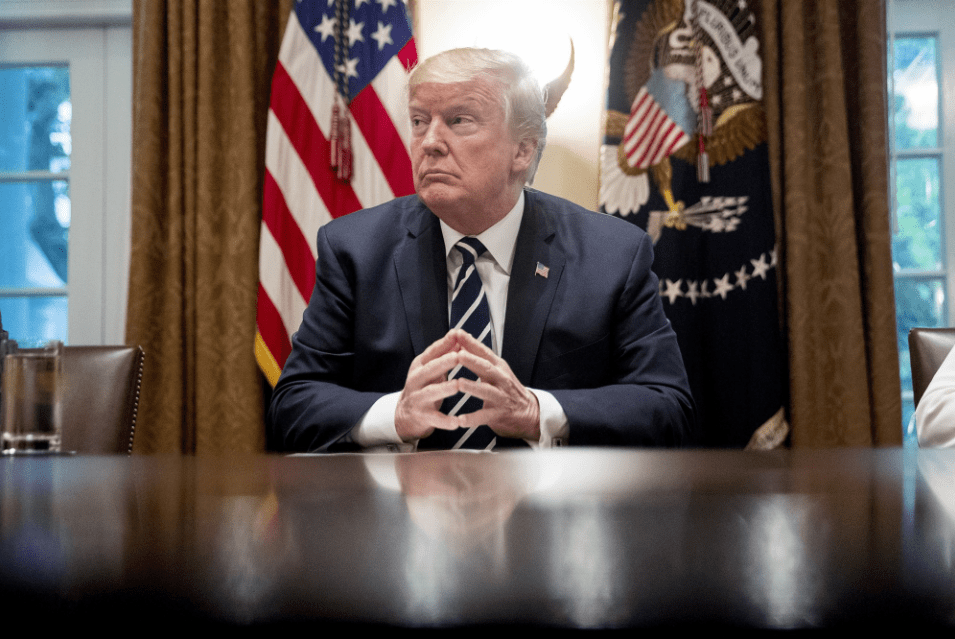 President Donald Trump attempted on Tuesday to clarify his widely criticized comments in Helsinki, saying that he had misspoken when he said a day earlier that he did not see why Russia would have meddled in the election. Trump said Tuesday he meant to say he did not see any reason why it wouldn’t have been Russia that interfered.

“I thought that I made myself very clear, but having just reviewed the transcript…I realized that there is a need for some clarification,” Trump said Tuesday at the White House. “The sentence should have been…’I don’t see any reason why it wouldn’t be Russia’.”

At the Monday press conference with Russian President Vladimir Putin, Trump said about election meddling in 2016: “(Putin) just said it’s not Russia. I will say this: I don’t see any reason why it would be.”

Trump also said on Tuesday that he had “full faith and support” for the American intelligence community and supported their assessment that Russian meddled in the election, although the president to claim that others could also be responsible.

“I have felt very strongly that while Russia’s actions had no impact at all on the outcome of the election, let me be totally clear in saying…that I accept our American intelligence community’s conclusion that Russia’s meddling in the 2016 election took place,” the president said.

But, Trump added, “Could be other people also, there’s a lot of people out there.”

The president came under widespread, bipartisan condemnation on Monday for not backing his intelligence community’s assessment that Moscow had interfered in the election. The president made the comments in Helsinki just days after special counsel Robert Mueller indicted 12 Russian intelligence officials for meddling in the election, providing a detailed account of their hacking and other activities in the indictment.

During his Tuesday remarks, Trump also said that his administration took the threat of continued Russian interference seriously and vowed to move aggressively to “repel” any efforts by Moscow to interfere in future U.S. elections. “We’re doing everything in our power to prevent Russian interference in 2018,” he said.

Democrats swiftly seized on the president’s attempt to clarify his comments.

Senate Minority Leader Chuck Schumer, D-N.Y., accused Trump of trying to “squirm away” from his comments in Helsinki.

“President Trump tried to squirm away from what he said yesterday. It’s 24 hours too late and in the wrong place,” Schumer said.

“I don’t accept the president’s comments today,” Warner said. “If he wanted to make those comments, he should have had the strength to make them in front of Vladimir Putin.”

He added, “This has a strange resemblance to the president’s comments after he was so offensive after the disturbances in Charlottesville where he equated the neo-Nazis with the protesters. So, I give these comments about 24 hours before he once again slams the investigation, before he once again sides with authoritarians like Vladimir Putin.”

Trump was pilloried from all sides on Monday, even from some staunch loyalists in his own party, for appearing to side with Putin over American intelligence agencies that have concluded that Russia interfered in the 2016 election.

Referring to the president’s news conference with Putin, Sen. John McCain, R-Ariz., said Trump had “one of the most disgraceful performances by an American president in memory.”

Despite the backlash against his remarks in Helsinki, Trump said on Tuesday that be thought the meeting he had with Putin was “really strong” and planned future meetings with him.