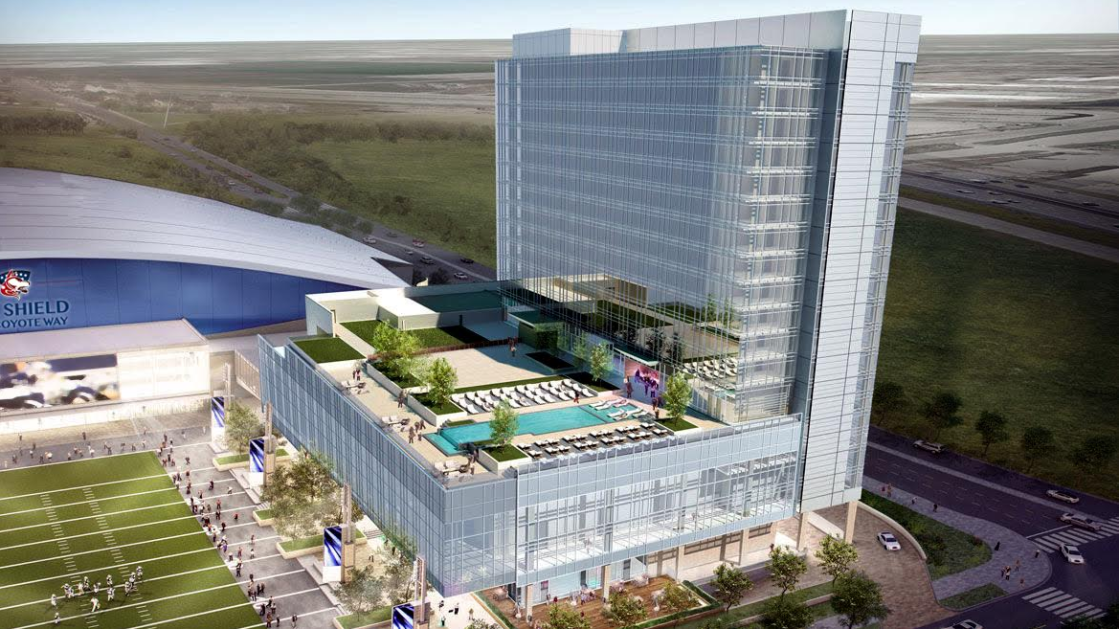 A 12,000 seat sports complex is coming to the Coachella Valley, and it’s being called a facility unlike anything the Valley has ever seen.

The property sitting between Interstate 10 and the Classic Club in Palm Desert isn’t much to look at now, but that’s about to change.

“Right now you’re standing on the site of the new, The Shield at 1 Coyote Way. Which is going to be a 12 thousand seat air conditioned stadium, entertainment and faith unique place of gathering,” said Miller.

“We’re going to kick the door down on sports tourism and bring it back to the Coachella Valley where it belongs.”

The Shield at 1 Coyote Way will include everything from medical facilities, to restaurants, even a 120 room hotel. Football, soccer, boxing, MMA, and local high schools will also be able to use the facilities.

“Sports tourism is the fastest growing industry in the country, it’s a 13.5 billion dollar industry and we are excited that the Coachella Valley is poised to take its share of this industry,” Miller said.

The designers of the new complex drew inspiration from the Dallas Cowboys’ new training facility in Frisco, Texas.

“The lord says I am your refuge, I am your shield,” Miller said.

Miller says The Shield name comes from a Bible verse in proverbs.

“We’re going to kick the door down on sports tourism and bring it back to the Coachella Valley where it belongs,” said Miller.”