Family First: Bullying Victims Speak Out For The First Time 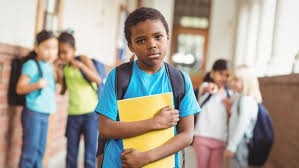 We have known about bullying for years. We have talked to students, we have talked to schools, and we have heard over and over that they’re on top of it, but what is the truth behind this phrase.

On June 21st KMIR’s Luzdelia Caballero went live on facebook outside of desert ridge academy. She spoke to a student who claimed they’d been bullied for a year, and said the school did nothing to help stop it. This video went viral. Hundreds of you shared your stories and we began to press the district for answers.

In this investigative report we hear the stories of kids and their parents who say bullying has taken more than a toll on their lives: It’s changed them and their families and,  because of that, some have asked we mask their identity.

“I knew that if I killed myself that I’d be leaving my family and my family is everything to me. So I knew that I just had to keep on fighting but kids still have to go through what I go through and it sucks really bad….and it kills me.” said Michael Crocker, a victim of bullying.

“The name calling, the shoving, our child was going to school and she was miserable,” said a parent whose child fell victim to bullying.

“Last time I cried at home because I have to deal with this stuff at school everyday,” said a student who claims they have been bullied at Desert Ridge Academy for a year now.

“She was bullied or hit by another girl, about the same age and gave her a black eye,” said yet another parent who claims their child is being bullied at Desert Ridge Academy.

Emotional scars that are invisible to a stranger’s eyes, but scream help to a parent.

“He was a happy little boy. He’d come back from school and play and watch cartoons,” said Mark Crocker, the father of a bullying victim (MIchael Crocker)

“She was a happy kid.She was a calm little girl and now she tries to bully my 5 year-old…that’s not right,” shared a mother whose daughter fell victim to bullying.

“We had a wonderful relationship, and all of a sudden…just back off, just back off,” said yet another mother who claims her children were bullied at Desert Ridge Academy

Trauma that’s bled over into their studies. Parents said one of the first things to go were their grades.

“He would say mom, don’t make me go to school,” said Cindi Crocker when describing what her son would tell her when he got home from school.

“I have to constantly look over my shoulder,” said a student who claims he is being bullied at Desert Ridge Academy.

“I just felt like I couldn’t escape…everywhere I would go,” said Michael Crocker.

“They already told me they were going to jump me in high school,” shared an alleged bullying victim at Desert Ridge Academy.

Parents also expressed that their children feared going to school because they were afraid that they were going to get beat up if they spoke out about the aggressions. However, the bullying stretches beyond the kids, hitting the parents.

“I don’t want to find her hurt or even dead,” shared a mother who claims their child was bullied at Desert Ridge Academy.

Parents say they are fearful to drop them off, worried that this goodbye could be their last.

“How horrible for me to drop my kid off to that. And you’re at work thinking, I hope they’re okay,” shared a mother of a bullying victim.

So what happens after these parents drop their kids off? What is the administration doing to protect them from their bullies? KMIR gave the Desert Sands Unified School District an opportunity to respond to these claims, and they say bullying isn’t unique to this district. We’ll have their full response in the second part of the bullying special.