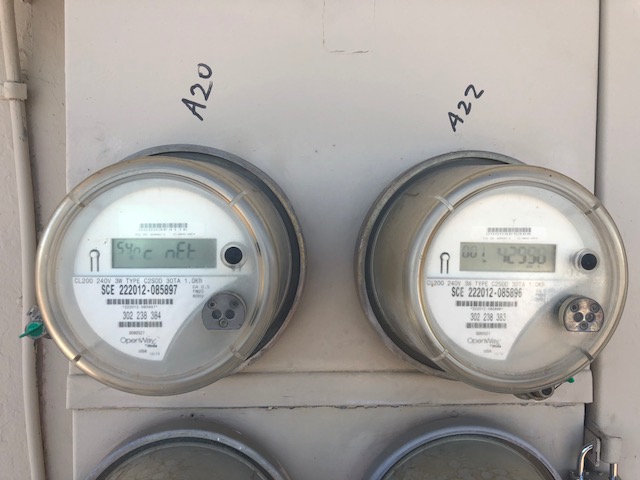 For two years Joanie Calkins was paying a lot of money for her electricity bill. Calkins has lived at Cathedral Palms Senior apartments in Cathedral City for 8 years. She tried doing the math, but her bills did not add up. Calkins said her bills in these past two years did not reflect her real consumption.

“I’m on social security and I’m on a very fixed income,” she said. “I’ve always been very conscious of my utilities. I have the right light bulbs, I keep my air conditioner at 78, I unplug my computers.”

Calkins only lives with her dog, so she did not understand why she was paying so much money. She is battling breast cancer, and she went through a surgery back in April. Because of that surgery, she realized that something was wrong with her meter.

“I got home and saw my projected bill for that month, and it showed a lot of activity for the four days that I was not even here,” she recalled.

In addition to her battle against cancer, Calkins is also dealing with hepatitis C, chronic, obstructive pulmonary disease and osteoporosis.

“That and this situation have taken an emotional toll on me physically, mentally, emotionally,” she said.

Calkins said she called, emailed and even Facebook messaged Southern California Edison to see what was going on. She was told that it was probably because of the weather, and they even recommended her to take a survey.

She kept insisting until SCE sent in a technician to check her meter.

In a letter sent by the end of May, SCE informed Calkins that there was an issue with her meter. They found that “the meter identifier listed for this account was incorrect.”

“The investigation found that an electrician replaced breakers and put the meters back in the wrong socket,” SCE said. “This is a civil matter and no rebill will be completed.”

In that same message SCE explained “Per Rule 17F of SCE tariffs, SCE is not required to adjust bills if the cross meter situation was caused by actions made by the owner and/or customer.”

Frustrated by this situation, Calkins had been reaching out to the property manager and the property owners with the hope of getting some sort of financial compensation.

“They also denied responsibility and said it was SCE’s error,” she said. “I’m stuck between these two Goliaths.”

Cathedral Palms Senior Apartments’ manager sent a letter to Calkins late June. The company issued the following response: “If SCE has corrected your billing situation, then the remedy for your claim was within SCE’s control.”

The manager also stated in that letter that “management would not consider itself liable for any overbilling that has been corrected through the actions of SCE; as that resolution indicates that SCE was the cause of the discrepancy in the first place.”

According to her consumption report from 2017, issued by SCE, Calkins was charged 8,499 kilowatts but only used 3,205.

We reached out to the company that owns the complex but they did not give us a response on time. SCE said they needed a few days to review her case and therefore, issue a response.

Calkins’ past bill went down from $150 to $30, which showed her real consumption, but she still hopes to get some sort of refund from any of the parties involved.