“Don’t Sweat it” during Power Outages with Solar Technology 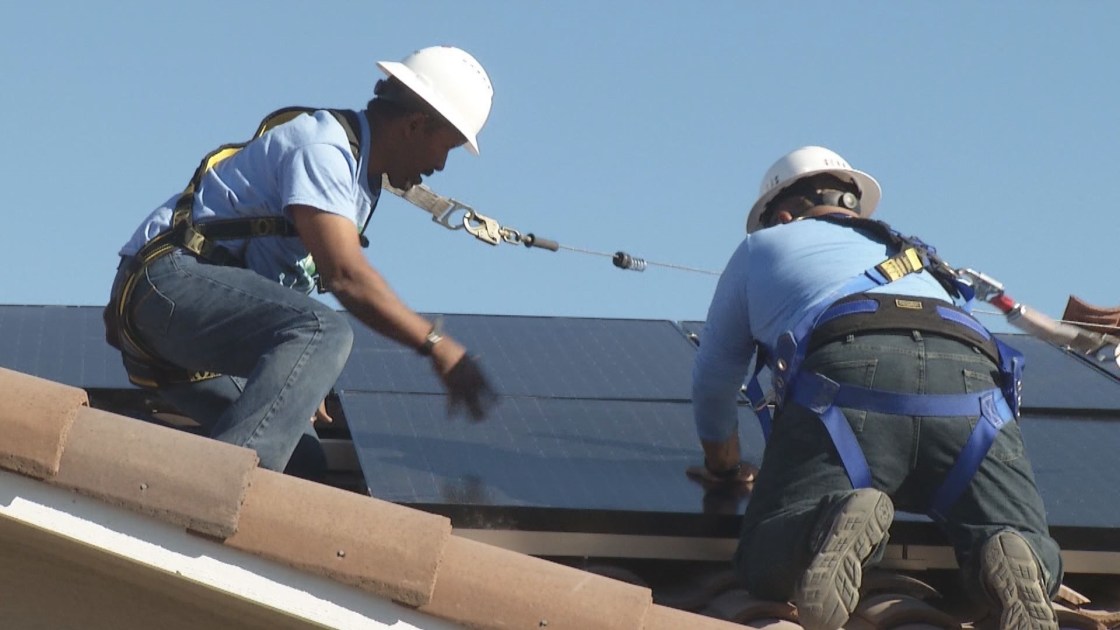 PALM SPRINGS – Power outages are taking over the valley but some are wondering why it’s happening during an excessive heat warning.

“They’ve always done it when the temperatures are not this extreme,” Helen Steiff, a resident of Palm Springs, said.

Steiff and her husband have lived in their house since 1970 and said they’ve never dealt with power outages in extreme temperatures.

“I can see an outage when it’s below one hundred,” she said.

Steiff said she is seriously worried for her dogs, neighbors, and herself during that time.

“We can’t leave our animals and we have no place to go that we can take them,” she said. “What do we do in 118 degree or 120 degree temperatures.”

Renova Energy said, don’t sweat it, they have the answer: lithium batteries.

“The two batteries that we offer are the Tesla Power Wall and the Sonan Eco-Series are lithium batteries that are solar charged generators,” Renova Energy VP of sales, Patrick Sheehan, said. “In the event of a power outage, they would have backup power to the most important things in their home.”

Backup power can be used for your refrigerator, some AC units, swamp coolers and ceiling fans.

People without solar can use the batteries as well.

“In our particular utility, with Southern California Edison, you can connect these batteries to the grid,” Sheehan said.

He said during a power outage, those without solar need to have enough energy stored up to carry through until the power outage is over.

Renova Energy’s own employee, Barb Jennings, started working at the company because she needed a battery during power outages.

“It’s just a good peace of mind to have a battery for when the grid does go down,” Jennings said. “A lot of the time SCE doesn’t tell us when it was going down so I thought, why not have a battery.”

Jennings keeps an eye on the energy stored on her phone so she’s prepared when a power outage occurs.

“It was down for 41 minutes, and the most amazing thing is, I didn’t know it was down,” Jennings said about a recent outage. “And all of the breakers that were on my battery, which one was my master bedroom, I didn’t have to restart all my alarm clocks, or my microwave.”

Those without power this week, may have to bear the heat.

“They said that if they don’t have the outage, they will let us know before it happens,” Steiff said, “I said, ‘Today, tomorrow?’ and they said, ‘Before it happens.'”

SCE responded to KMIR about the current and future outages: