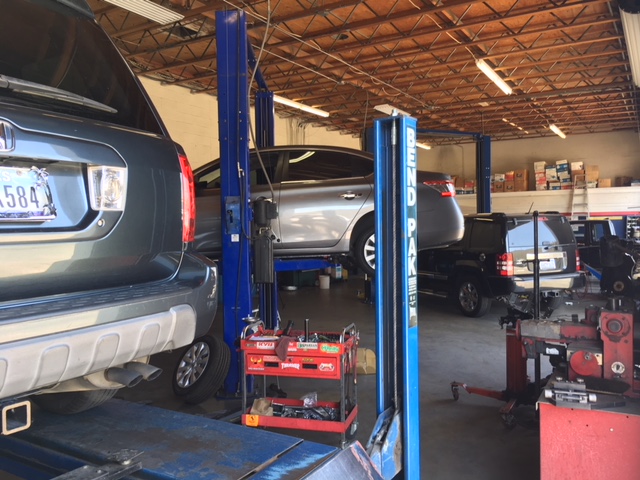 While people in the Coachella Valley try to keep from overheating during an excessive heat warning, local auto mechanics are trying to do the same for your car.

“You think about extreme temperature inside the combustion system, it could be 2,500 degrees,” said Karl Knoblauch, an auto mechanic at Cam Stone’s Automotive in Palm Desert.

Mechanics say the past several days have been very busy in the shop.

“We’re having all kind of problems where cars are overheating, air conditioning is not working which is a big deal. You can drive your car without air conditioning but down here it’s not a good idea especially if you’re an elder,” said owner of Cam Stone’s Automotive, Guy Allchin.

Auto experts say if you don’t want to get stranded on the side of the road in 120 plus degree weather … a simple multi-point inspection can make a big difference … have a trusted mechanic check your car’s oil, power steering fluid and radiator fluid. Also make sure you don’t have leaks.

“A slight fuel leak, if you neglect a fuel leak or let’s say an oil leak, or a power steering leak, if it gets on the exhaust and it gets hot enough, it will ignite, I’ve seen it happen,” said Allchin.

Topping off your fluids is important, but mechanics say there is one other thing that you absolutely have to check before you head out into triple digit temperatures.

“If you’re tires are more than five years old, no matter how much wear you have on them, you probably need a new set of tires,” said Knoblauch.

“Tires will show themselves. If you run a tire that’s low on air pressure, it’s going to heat up the side walls and they are going to blow out. Not so  much in town driving because you’re not getting them that hot, but if you hit the freeway doing 70 miles per hour for two hours, that’s when it’s going to happen,” said Allchin.