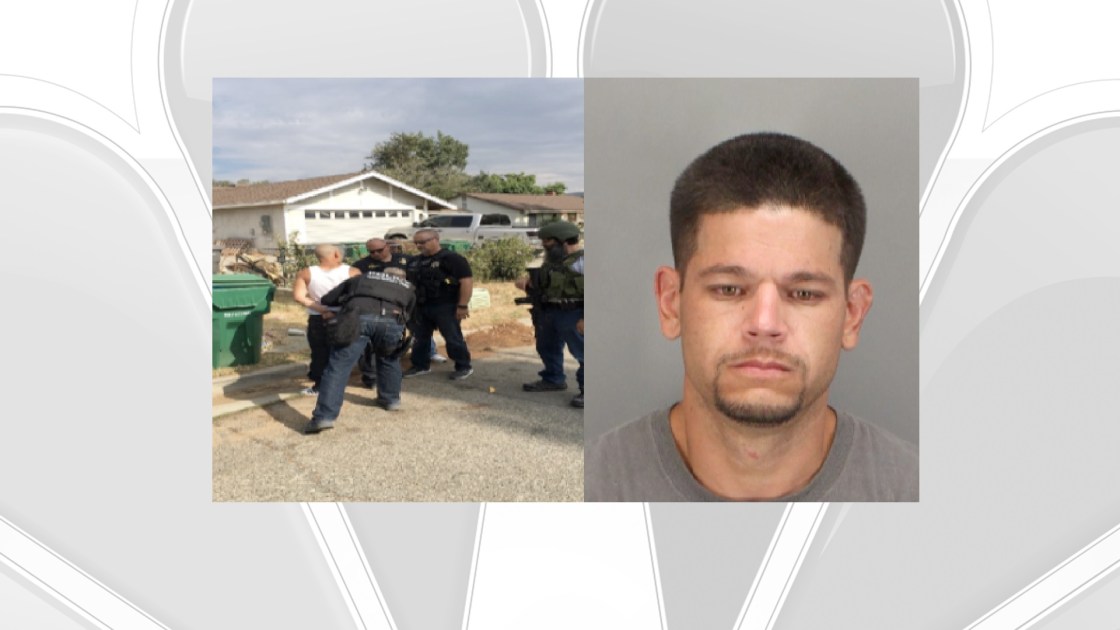 Fugitive From Banning Barricade in Custody

A man who allegedly spent several days on the run following a 12-hour standoff with police in Banning was in custody Wednesday.

James Britton, 33, was arrested Tuesday at a home on Wyte Way in Banning, where police say he had holed up with acquaintances after fleeing from police last weekend. He was booked on suspicion of assault with a deadly weapon, making terrorist threats and exhibiting a deadly weapon, and was being held without bail at the Larry D. Smith Correctional Facility in Banning, according to county jail records.

There, a nearly 12-hour standoff ensued and ended when police entered the home and discovered the suspect had escaped, though a stolen handgun was found inside, they said.

Authorities had disseminated Britton’s photograph to the public for assistance in locating him, and warned that he was believed to be armed and dangerous.

Britton is expected to appear in court Thursday.