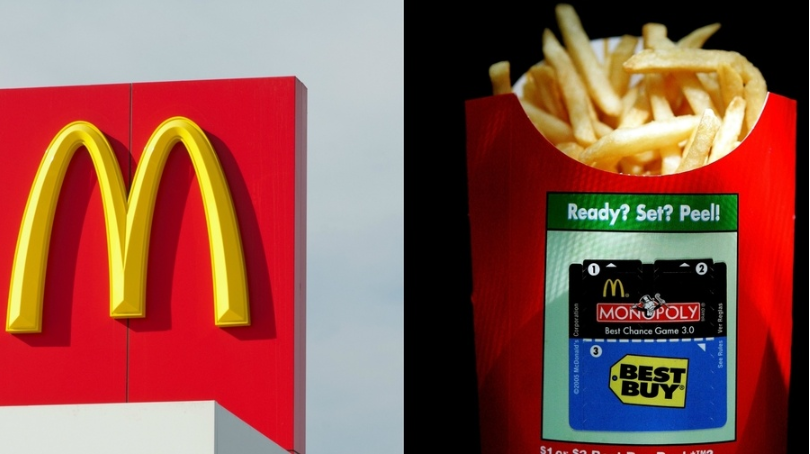 According to The Daily Beast, a man named Jerome Jacobson cheated big time at Monopoly. He rigged McDonald’s Monopoly for 12 years, defrauding the chain out of more than $24 million.

McDonald’s introduced its version of Monopoly in 1987, and people began collecting game pieces attached to drink cups, french fry packets and other packaging in hopes of winning prizes such as vacations, cars or up to $1 million. It was all fun and games until a former police officer rigged it.

The Daily Beast reports that Jerome Jacobson (aka “Uncle Jerry”) began stealing game pieces while working for Simon Marketing, the company that produced the pieces. He supervised the printing of the pieces and transported them from production to packaging — literally. He invented a secret vest that he used to transport the winning pieces to McDonald’s packaging factories across the country.

He told investigators, “It was my responsibility to keep the integrity of the game and get those winners to the public.”

Apparently, he used to inspect workers’ shoes to make sure they weren’t stealing any of the game pieces.

Uncle Jerry gave his stepbrother a game piece worth $25,000 in 1989, according to The Daily Beast. In 1995, when the computer randomly chose a factory in Canada to receive the game pieces, executives at Simon Marketing ran the program again until it chose an area in the U.S.

Uncle Jerry, believing the game was rigged, began handing out winning pieces to family members or distant acquaintances in exchange for a cut of the prizes. Soon, he had a web of “mobsters, psychics, strip club owners, convicts, drug traffickers and even a family of Mormons” who won almost every prize for 12 years.

Uncle Jerry’s role in the Monopoly fraud was discovered in 2001 through an FBI sting operation. He was sentenced to 37 months in jail, with $12.5 million to pay back in restitution, The Daily Beast reports in the in-depth look at the case.