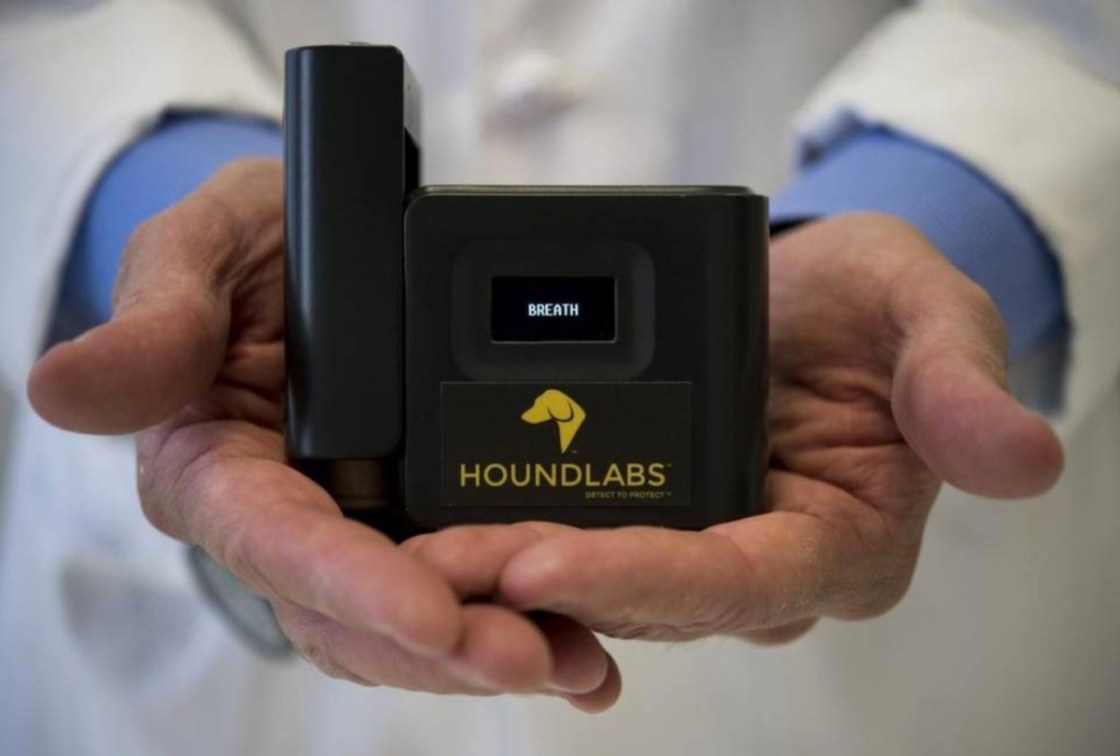 A new breathalyzer created by a California company is making it possible to detect recent marijuana use on the roads.

Hound Labs, located in Oakland, created the Hound breathalyzer as an alternative for law enforcement to use on drivers suspected of being under the influence. The device works like an alcohol breathalyzer but tests the THC levels in the breath.

“Until the Hound breathalyzer was developed, no portable tools were available to determine breath THC levels, so researchers haven’t yet determined a level that defines impairment. However, in our extensive testing we’ve found that THC is only detectable in breath for 2-3 hours after smoking. This 2-3 hour period correlates with the peak impairment window associated with marijuana that has been identified by global researchers, including the National Highway Traffic Safety Administration (NHTSA). Thus, when someone has THC in their breath, they are very likely within this 2-3 hour peak impairment window.”

The company’s CEO and Founder, Mike Lynn, came up with the idea during his years as an E-R doctor and Reserve Sheriff’s Deputy.

Lynn said there’s a need for the marijuana breathalyzer on the roads, in workplaces, for legislation and in the cannabis industry.

“[The cannabis industry] clearly doesn’t want stoned people driving,” he said. “Yet also, it doesn’t want people being unfairly arrested because of inferior tools that have been used in the past.”

The company tested decision-making on actual, stoned drivers. Drivers made their rounds at a home-made driving course filled with bikes and other obstacles both before and after smoking. When the drivers were under the influence, each one hit the bicycle while taking the test.

“We may modify the device in the future to detect other drugs, but it is important for us to get our device in the hands of law enforcement and employers so that they can begin using it for these two most commonly used substances.”

Lynn said the Hound breathalyzer could be used by law enforcement and for commercial use as early as winter 2018.