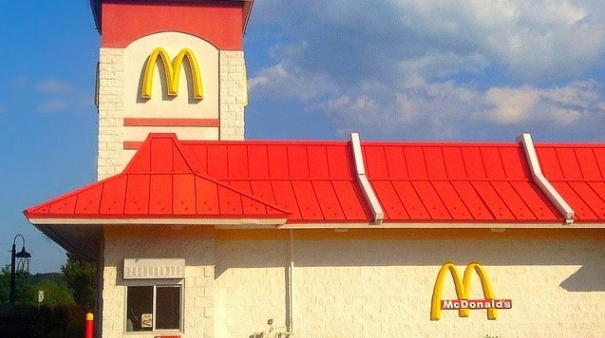 State lawmakers are debating what the default beverage should be in your child’s happy meal. A new bill would require fast food restaurants to offer either milk or water unless otherwise specified by a parent.

It seems like everyone is trying to cut down on sugary drinks these days whether you’re at Whole Foods or Burger King.

“Health is such an important part of how we survive. And I think that with so much sugar in different kinds of food, you really have to pay attention,” said parent Caitlin Saunders.

“I don’t like them having too much high-fructose corn syrup at all. So it’s a big issue for me,” said parent Andrew Saunders.

It’s a big issue for state lawmakers too,  who are now deciding whether or not to make milk and water the default beverages instead of soda. McDonald’s, Wendy’s, Jack In The Box and Subway have similar self-imposed guidelines. Now state lawmakers want everyone to get on board.

“I think it’s a good idea. I know a lot of parents don’t think so because they feel like their rights are being taken away, but you’re taking care of your kids, so whatever means necessary. I agree with it,” said Saunders.

“It allows a busy parent to have a default. If they are concentrating on other things they basically have someone make the decision for them. But on the other hand I have problem with the state constantly coming into, crossing the boundaries into the home,” said parent April Cornelison.

While lawmakers discuss the bill in Sacramento, in Cathedral City, the conversation is over. A similar ordinance was passed in the city last year.