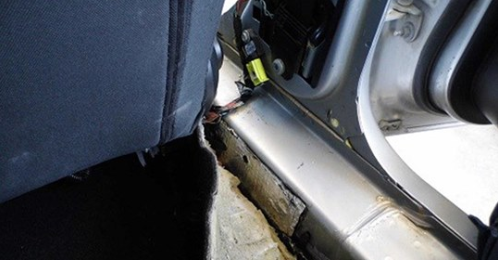 Woman, 81, Drove Car with 92 Pounds of Heroin Across US-Mexico Border

An 81-year-old woman was arrested Wednesday after U.S. Customs and Border Protection officers said they found $870,000 worth of heroin inside the car she was driving across the U.S.-Mexico border.

The woman, a U.S. citizen, was behind the wheel of the 2011 Christler 200 when it traveled through the Tecate Port of Entry at 11:30 a.m. on Wednesday, agents said.

A dog alerted to the driver side of the vehicle, officers said.

When they moved the car to a secondary inspection, officers said they found 34 wrapped packages of heroin from the car’s rocker panels.

Officers estimated the heroin seized at worth more than $870,000 on the street.

The unidentified driver was in the custody of the Department of Homeland Security Investigations unit.