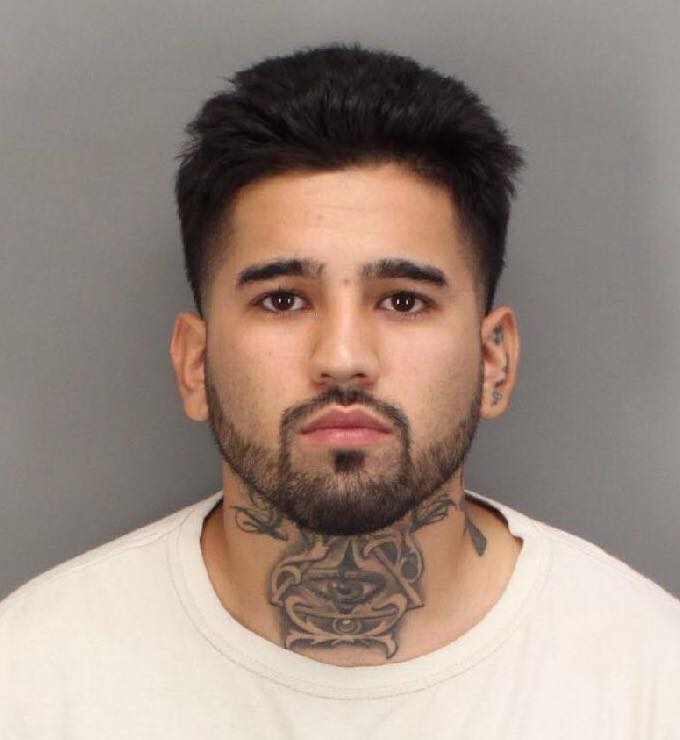 Charges are expected to be filed Wednesday against a convicted felon from Hemet, who’s suspected of pretending to be a law enforcement officer to commit crimes while armed with a large-caliber rifle.

Jeovanny Landeros, 24, was arrested Saturday and booked into the Smith Correctional Facility in Banning on suspicion of possession of an assault weapon, being a felon in possession of a firearm and child endangerment. He’s being held in lieu of $1 million bail.

According to Riverside County sheriff’s Sgt. Walter Mendez, deputies conducted a parole compliance check at Landeros’ residence on Fruitvale Avenue and allegedly uncovered evidence that the suspect had been engaged in impersonating law enforcement officials.

Along with a badge and other wearable gear, deputies discovered that Landeros’ 2015 white Mercedes-Benz “was equipped with red-and-blue flashing LED lights” affixed to the front windshield, in the same way an unmarked police vehicle might be outfitted, the sergeant said.

“Investigators believe Landeros may have used these items to commit … crimes or contact unsuspecting victims (while) posing as a law enforcement officer,” Mendez said. “These crimes may have gone unnoticed by a potential victim.”

Anyone who believes they may have been victimized or can provide information related to the investigation was asked to contact sheriff’s detectives at (951) 955-1700.