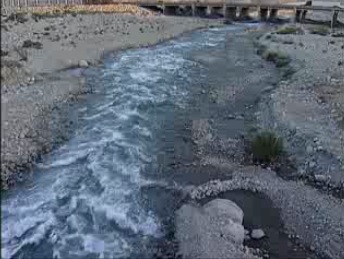 The coroner’s office identified a San Bernardino father and his 7-year-old son, who were pulled from the Whitewater River on Labor Day.

According to the Riverside County Sheriff’s PIO, a deceased adult man was located, as well as a juvenile male.

CalFire responded to the call around 1:17 p.m. for a possible drowning involving two people in the Whitewater River near the 10 Freeway.

Witnesses at the scene say they saw a child fall into the water and the father went into the river to save him.

It is not clear why the victims were in the river, and officials say it is illegal to be in the area where the family was.

41-year-old David Martinez-Garcia died at the scene. His son, David, was pronounced dead at Desert Regional Medical Center in Palm Springs around 3 p.m.

All other parties at the river were accounted for, according to officials.