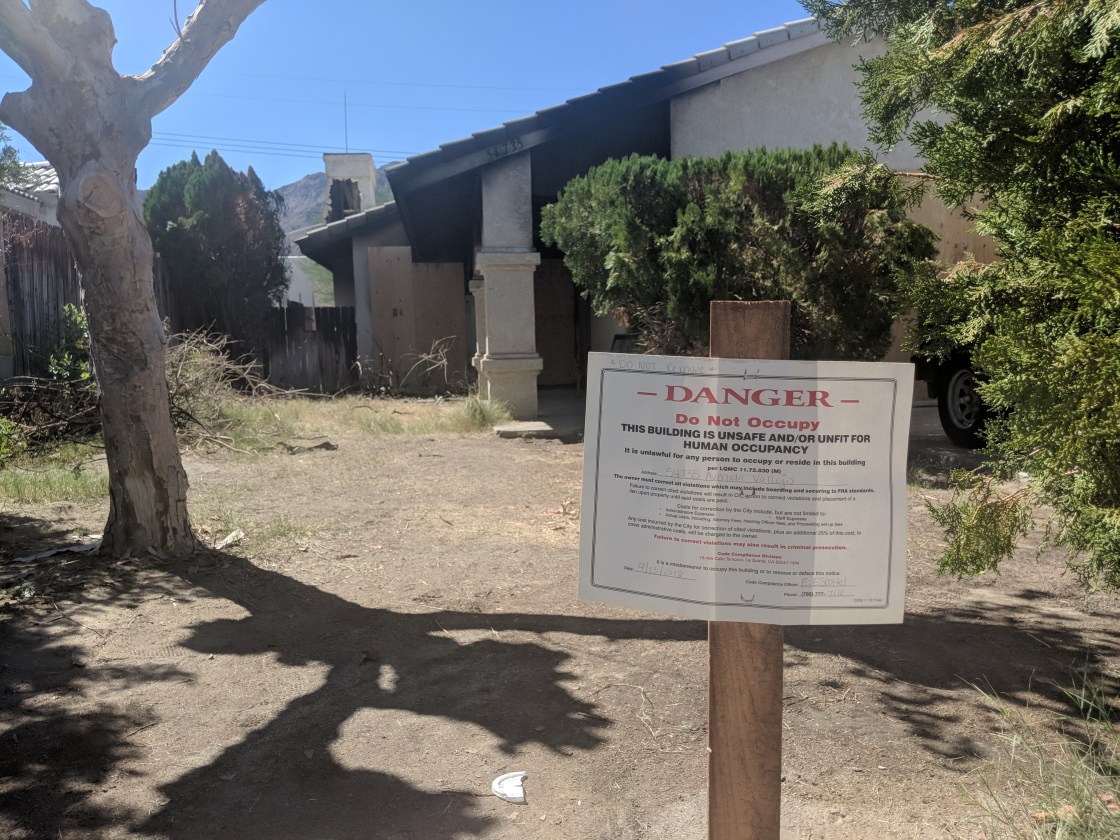 The Riverside County Sheriff’s Department has not yest shared the names of the man who died or the woman who was sent to the hospital with gunshot wounds, but a local hospital was able to confirm it was the suspect’s sister who was admitted yesterday morning.

The Desert Regional Medical Center confirmed it was Stacy Rowan’s sister, Paula McGrath, who was treated at the hospital. So far, the Riverside County Sheriff’s Department was only able to confirm it was an adult female who suffered a non-life threatening gunshot wounds.

McGrath was discharged from the hospital by Friday.

The identity of the dead man is still in question, but a neighbor said it was McGrath and her husband who visited her mother on Avenida Vallejo Thursday morning.

The neighbor who has lived in the neighborhood for over 15 years wished to not reveal her name, but she said, “So it was the husband and sister who came and got shot by Stacy and then Stacy fled with her car.”

The neighbor claims McGrath would usually visit her mother on her own but not the morning of the incident.

The neighbor said, “But this time it was the husband and I am guessing the brother and the sister got in a fight and the husband stepped in and it went all down hill from there.”

Rowan shot himself after the California Highway Patrol closed in on him in Ontario after a pursuit that began in Banning.

However, that was not the end.

A fire broke-out inside the home where the crime took place three hours into the sheriff’s homicide investigation, but 24 hours later RSO maintains Cal Fire investigators are still determining the cause of the fire.

However, Rowan a man with a criminal history of possessing firearms and materials connected with explosives, is expected to be booked in jail after he recovers from his gunshot wound.