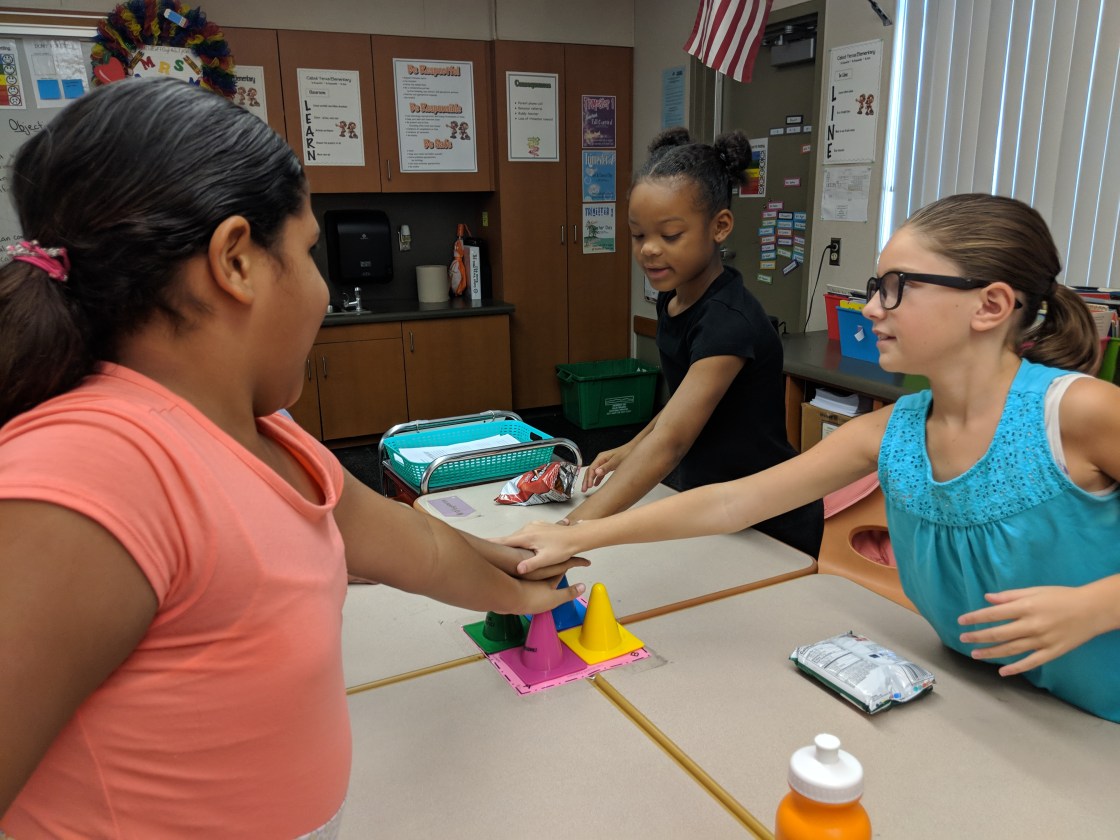 Classes at the Palm Springs Unified School District began just over a month ago and schools are wasting no time in beginning lessons to prevent bullying incidents.

For a group of fourth graders at Cabot Yerxa Elementary School in Desert Hot Springs, a handshake activity to start the school day is a simple game, but behind the lesson, there is an important message.

These lessons look different for each classroom, while one class works on trust activities, another group of students participate in small groups, but there is one common thread, respect and kindness are always encouraged.

The principal of the school, Amber Gascoigne, said she has a seen a positive difference in the interactions among students.

Gascoigne said, “It’s coming in, getting themselves settled and feeling better about their day before jumping into those academics.”

Before the academic curriculum began, the fourth-grade class took time to breathe deeply in silence, before breaking into groups where the students had to agree on a handshake, allowing room to practice collaboration.

Gizel Villa is a fourth-grade student participating in the group activity, she said, “It feels good because I can get along with people.”

The schools inside the Palm Springs Unified School District are using a curriculum called “Second Step”, a social-emotional learning program to create a positive environment at schools as a way to reduce bullying and other incidents.

Gascoigne said, “Instead of going with aggression or name-calling and things like that, they are actually learning skills to help them deal with times when they are frustrated or feeling upset.”

The lessons usually take place during the first 30-minutes of the school day, four days per week.

On this same day, a class of kindergartners experimented with a trust walk, where one student guides another around the room acting as the set of eyes for both.

The activities are enjoyable games, but aside from the fun, the goal is for students to gain insight.

Villa said, “And if I did the right stuff for people then other people would respect how I feel and how other people feel.”

The Palm Springs Unified School District is introducing lessons of kindness in its schools as a way to discourage conflict among students.