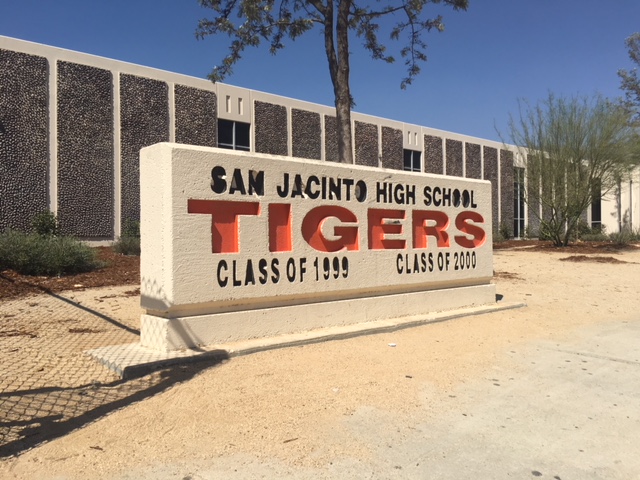 Students at San Jacinto High School say on-campus fighting among students is commonplace. This after a Sheriff’s deputy was injured breaking up a fight on Friday.

A video of the incident surfaced on social media. It shows the sheriff’s deputy on the ground with a student on top of him. Another man pulls the student off  the deputy, who then gets up and chases the student that tackled him into the street.

Students at San Jacinto High School are now reacting to the altercation.

“I have no words,” said Jimmy Aguilar, a senior at San Jacinto High School.

“I thought, ‘why would anybody do that, attack a school resource officer,” said San Jacinto High School senior Melissa Figueroa.

The deputy is back on the job and students are back in class Monday. The San Jacinto Unified School District has released a statement that says in part, “We are working to address the root cause and reactions related to the disagreement.”

The district failed to answer very specific questions posed by NBC Palm Springs about the students who were involved and if they have faced any consequences for the incident.

“It’s kind of tense. You don’t know if it’s going to happen again or not,” said Jasmine Monzo, a senior at San Jacinto High School.

Students at San Jacinto High say the altercation on Friday was chaotic but on campus fighting is not unusual.

“I would say at least once or twice a week,” said Aguilar.

“Fighting on school campus. It happens more often than not,” said Monzo.

The district also failed to answer questions about the alleged constant fighting. Some students say it stems from petty arguments. Others attribute the brawls to something more sinister.

“It’s probably between gangs or something,” said Aguilar.

“Gangs and all that,” said senior Antonio Luna.