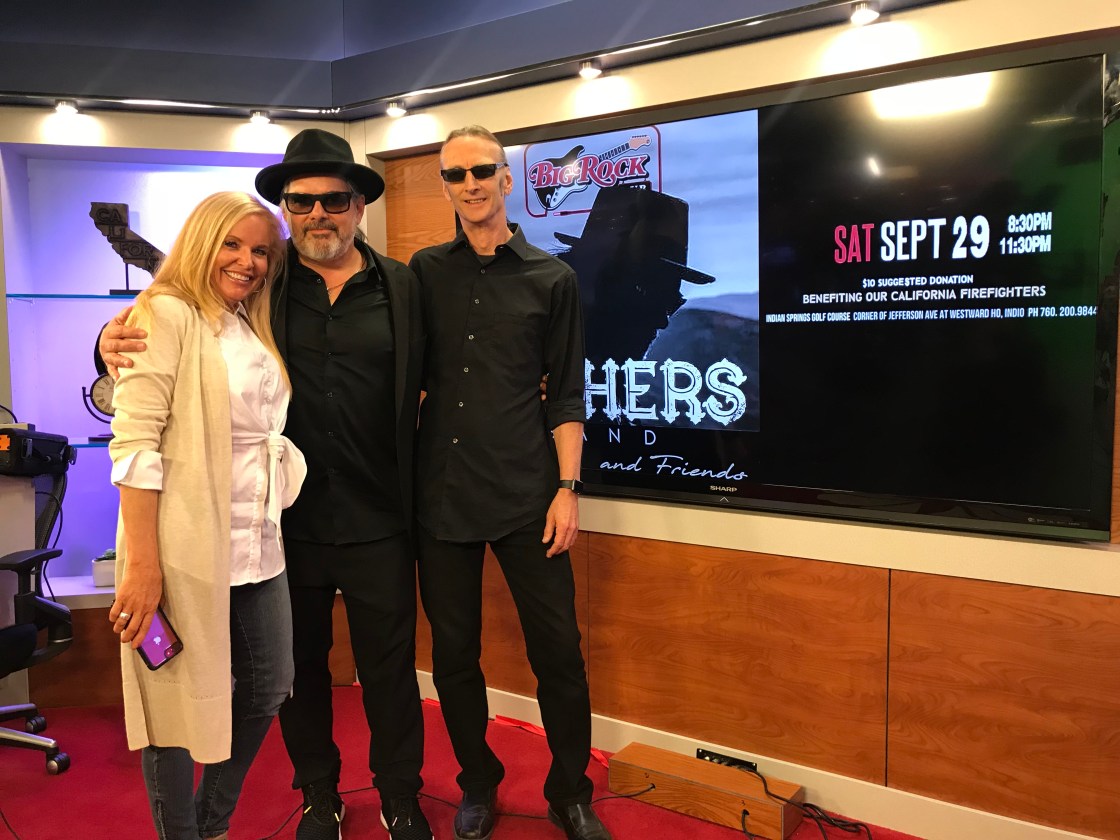 The Cole Withers sound is soulful and deep. Members of the band live in the mountain community of Idyllwild, an area recently scorched by the Cranston Fire.

“It was the first time I‘ve ever encountered anything like that,” says Cole Withers, lead singer in the band.

“It was terrifying,” says his girlfriend Jeanne Spatola, adding they were caught off guard by the fire and couldn’t get back home.

“No sooner did I get my feet up on the couch and I got evacuated,” says band member Steve Desterhaft.

When it was all said and done the fire burned more than 13,000 acres, destroyed and damaged 17 buildings and injured three firefighters.

But now Hurricane Rosa is threatening to bring rain and cause more damage to the barren and charred land.

“It makes me worried because I had no idea that following a fire of this magnitude that then you have more worries,” says Desterhaft.

After fires debris flows and mudslides are always a danger as roots that once held the soil together and natural barriers are stripped away.

“We all know about fires but mudslides?” says Desterhaft.

Jeanne says right after the fires they got a little rain and that caused damage and road closures, “I had no idea that more devastation was on the way, I just had no idea,” adding this time she’s making sure they’re prepared by stocking up on the essentials, “I learned a very tough lesson with the fires so this time we’re going to have supplies and food in case we’re stranded up there.”

They’re grateful to the firefighters who saved Idyllwild, in their honor they’re playing at the Big Rock Pub in Indio on September 29, 2018 at 8:30 p.m., benefiting the California Firefighters Benevolent Fund for injured and fallen firefighters. (760) 200-9844.