Rainfall Causes Concerns of Flooding and Mudslides near Idyllwild 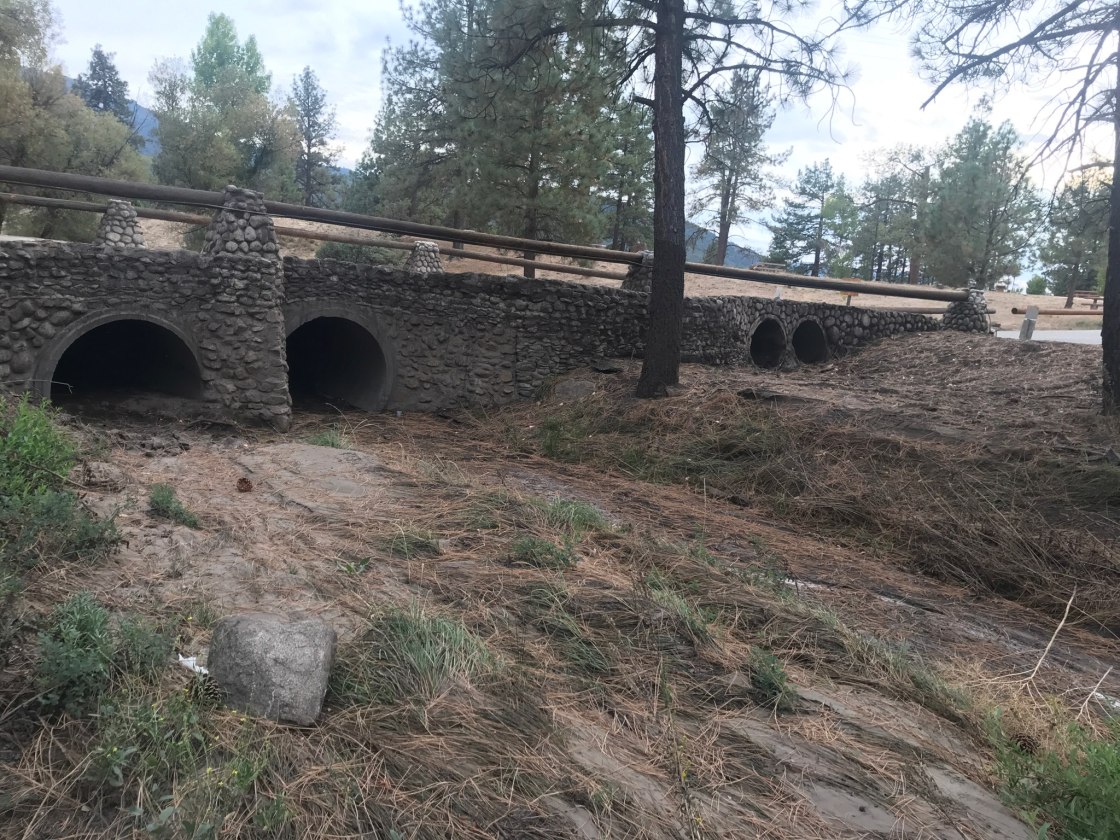 Months after the Cranston fire the inevitable is happening. Rainfall is causing concerns for flash flooding and mudslides for neighboring areas.

You can see knocked over fences and trees. Just a portrayal of how serious these floods are and they can happen within a matter of seconds.

Resident Kelly Gillum says, “when it came there was black muck everywhere and big chunks of trees and bushes and shrub, chain link fences.”

You can see the effect of the most recent flood water levels getting so high, they’re even taller than some people, and the next flood is supposed to be even worse.

Cal Fire Captain Herrera says, “this storm has the potential to be a little bit stronger and it could bring a lot more debris and mud flows and some flooding along Highway 74.”

“This ones going to come with hereafter volume, that one was about 50 miles per hour this one is supposed to be about 70 miles per hour,” says Gillum.

And forecasts show Monday is just the beginning.

“And this rain probabilities just keep going up and up and up through overnight Monday night and into Tuesday and don’t really show any signs of slowing down all throughout the days on Tuesday,” says NBC Palm Springs Meteorologist Mike Everett.

So areas like Hurley Creek, Lake Hemet, Apple Canyon and Fleming Ranch are under evacuation hours before the storm hits.

Captain Herrera says, “During that particular time, you should’ve already been gone and if you not you should be leaving and there should be nothing holding you back.”

So be safe, and get on the roads early because those can be affected too.

“Even if you’re driving down a road that looks perfectly fine, if all of that debris is bottling up in an area and you can’t see it and it suddenly lets loose over the road. That’s something you can’t even prepare for, it just hits you out of the blind,” says Everett.

NBC Palm Springs will update alerts, or you can use the RivCo app for live information.