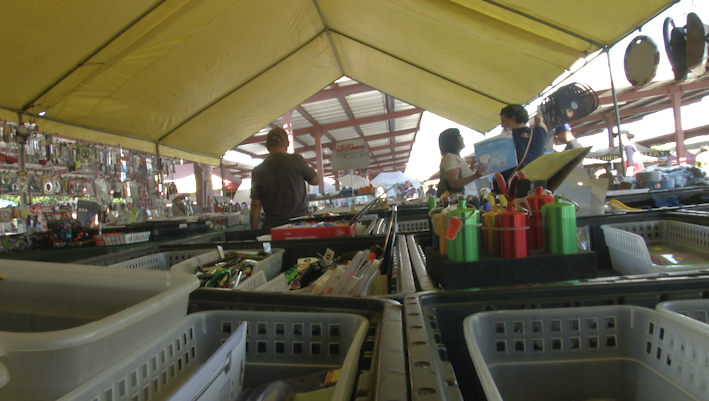 Some are saying “on season” is coming quicker and quicker every year and the Street Fair at College of the Desert is a perfect example. With an increased number of vendors and visitors, this season has higher expectations than ever before.

“We are seeing a lot more merchants, a lot more customers and the weather is a lot nicer,” Jennifer Manzi, the Street Fair manager, said.

This year, there are a total of 250 merchants. That’s 200 more than during the summer months and an increase from last year.

“We’re one of the new guys on the block,” Jacob Williams, co-founder of Slothful Waffle, said. “We’re bringing the desert our love of waffles, as well as our love of anything delicious and something sweet to kind of change it up.”

This weekend marks the Slothful Waffle’s first one in business and the numbers are already pretty sweet.

“We’re only in our second day out and we’re already seeing some repeat customers, actually.”

Manzi said this could signal that season is coming quicker than ever before.

“I definitely feel like the crowd is busier earlier in our season,” she said.

Every clothing, jewelry and food vendor is expecting a big turnout due to the premature rush this weekend.

“Our valley obviously thrives on our business from the tourists,” Williams said.

Manzi said she’s most excited to see the new merchants grow their businesses. Williams said for the Slothful Waffle, they already have.

“If you even smell it you’ll have to inhale it,” he said. “That’s why we want to keep it local.”

The Street Fair is open 7 a.m. to 2 p.m. on Saturdays and Sundays. There’s no cost for admission and free shuttle services are provided to and from the parking lots.