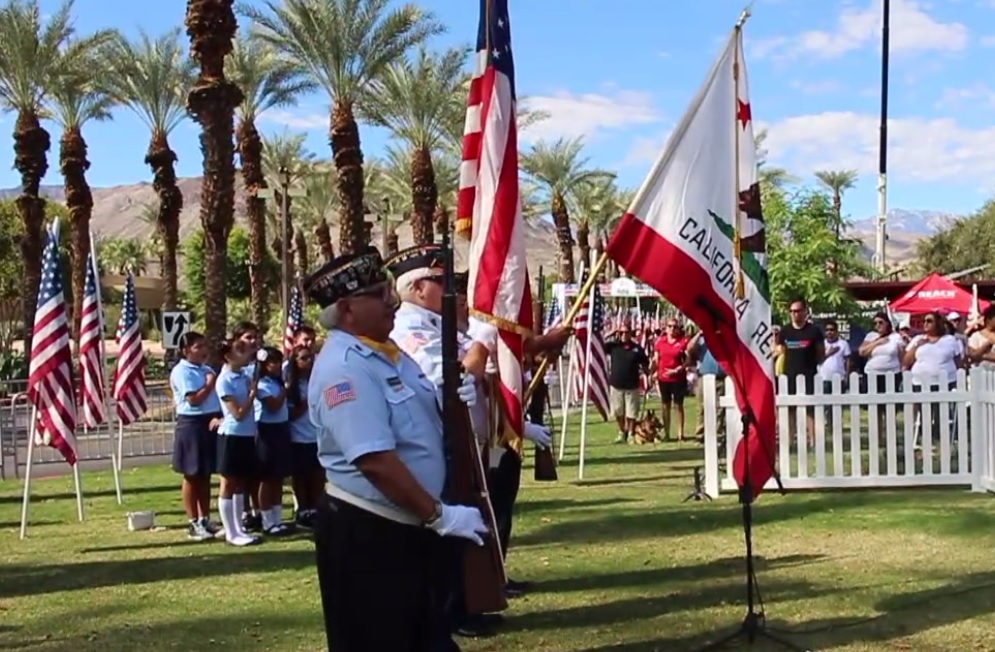 Hundreds of people rode through the Coachella Valley in honor of armed service veterans and first responders Saturday for the “6th Annual Patriot Ride for our Heros.”

A second event, “The Salute to the Veterans Run” started at 10 a.m. and went from the Palm Springs Harley Davidson to the Palm Desert Civic Park.

At the park, many gathered for Patriot Weekend, which included a Patriot Ride cycling event, Honor Walk, live entertainment and flyovers from the Palm Springs Air Museum pilots.

The ride raised thousands of dollars for local disabled and active veterans over the past few years and has a goal of at least $10,000 expected to be donated this year.

During the event, SSGT. Jennifer Kepner was honored with a 21 gun salute, taps and by Congressman Raul Ruiz, M.D. (CA-36), with the introduction of bipartisan bill H.R. 6959.

Kepner is a former Cathedral City resident and Air Force veteran. She died in 2017 from pancreatic cancer connected to her exposure to burn pits while serving in Balad, Iraq in 2004.

The Burn Pit Registry Enhancement Act (H.R. 6959) aims to improve the burn pits registry by allowing entries to be updated with the cause of death after the registered veteran passes away.

After the ceremony, guided walks and educational sessions were given to those who wanted to know more about fallen heroes from the Coachella Valley that served.