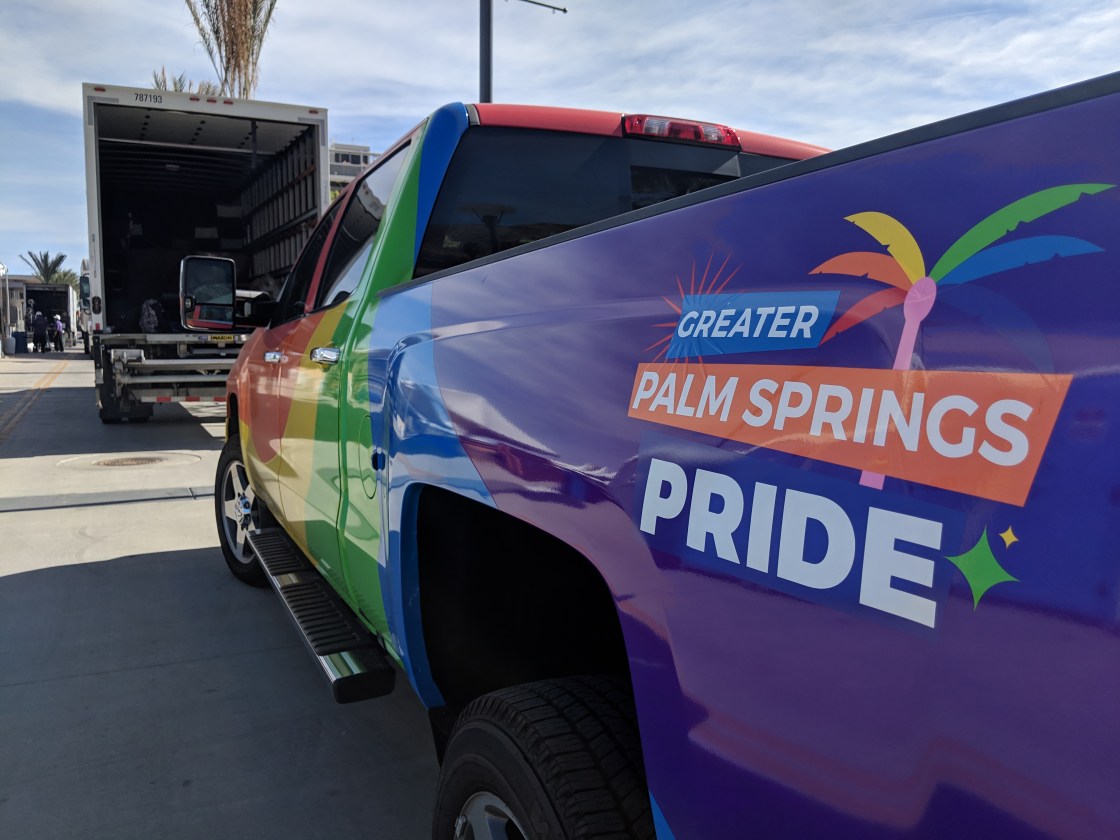 Rainbow flags are everywhere in Downtown for this year’s Greater Palm Springs Pride Festival with the theme “Youth Power for Change”, inspired by the youth-led social movements around the country.

The festival highlights the meaning of community and acceptance of those who identify as LGBTQ, and it is about the biggest celebration for the desert city.

Mark Abel attended Pride last year, and he said the feel of community if the reason why he moved to Palm Springs.

Abel said, “It’s always nice to be in a gay parade in Palm Springs, it’s why we moved here for the gay population and everything.”

Abel said he will not miss Sunday’s parade.

Ron DeHarte, President of Palm Springs Pride said the festival will have a new location.

DeHarte said, “Everything is happening from Palm Canyon toward the Art Museum this year for our Pride, new venue we are off Palm Canyon, Palm Canyon will stay for traffic all weekend.”

Besides Sunday’s main event, the entire weekend will host plenty of free events for the community.

DeHarte said, “The festival itself with the two stages of entertainment, 150 vendors, and D.J. tent.”

The dance floor for the festival grounds is almost set for the 30,000 people who are expected each day of the festival.

Even though there are much larger Pride parades around the country, Robert Fish who visited from Los Angeles said he likes the more intimate feel of the Greater Palm Springs Pride.

Fish said, “They tend to be not so over done and a little more sense of community.”

A sense of community is the very reason why Pride began in the first place.

DeHarte said, “Pride is about the opportunity for people to come together as a sense of community and celebrate the diversity in the community and raise awareness for a particular issue that may be important to them.”

The Greater Palm Springs Pride began with a note of solidarity on Tuesday, as the community of Palm Springs gathered for a vigil and march in honor of George Zander who was attacked with his husband while walking by two two men over their sexual orientation.