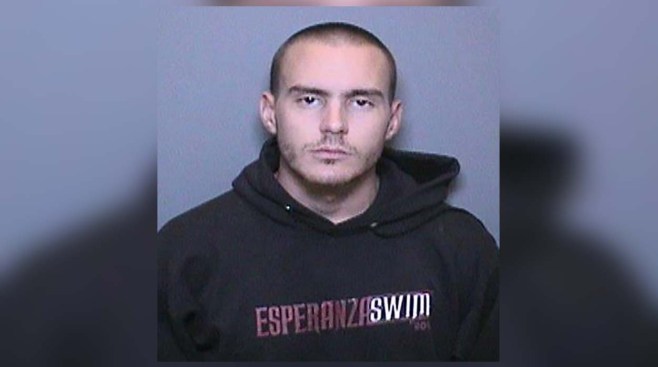 A man accused of driving under the influence of drugs when he struck and killed a Costa Mesa fire captain who was riding his bike was charged Tuesday with murder.

Capt. Mike Kreza was hospitalized Saturday in critical condition after he was struck by a van in Mission Viejo. He died Monday morning.

The driver, Stephen Taylor Scarpa, 25, of Mission Viejo, was charged Tuesday with on felony count of murder. He allegedly crossed into the bike lane on eastbound Alicia Parkway near Via Burgos, drove onto the sidewalk and struck 44-year-old Kreza, an 18-year member of the Costa Mesa Fire Department.

Multiple prescription medications were found inside the van, according to the Orange County District Attorney. It was not immediately clear whether Scarpa has an attorney.

There was an outpouring of condolences from Kreza’s colleagues and other Southern California fire departments following his death. During a procession Monday to the Orange County Coroner’s Office with Kreza’s flag-draped casket, firefighterson freeway overpasses saluted as the motorcade passed.

“Our brother, Mike Kreza passed away early this morning,” the fire department said in a tweet. “Words alone cannot describe the immeasurable heartache felt by his friends & family, including his fire family. No further information will be provided at this time. RIP brother Mike, we love you!”

Kreza is survived by his wife and their children.

“We are eternally grateful for the outpouring of support from our brothers and sisters from fire departments, law enforcement agencies, and the collective communities throughout the state,” the Costa Mesa Fire Department said.

Anyone with information on the crash was asked be deputies to call the Orange County Sheriff’s Department at 714-647-7000 or Crime Stoppers at 855-TIP-OCCS.