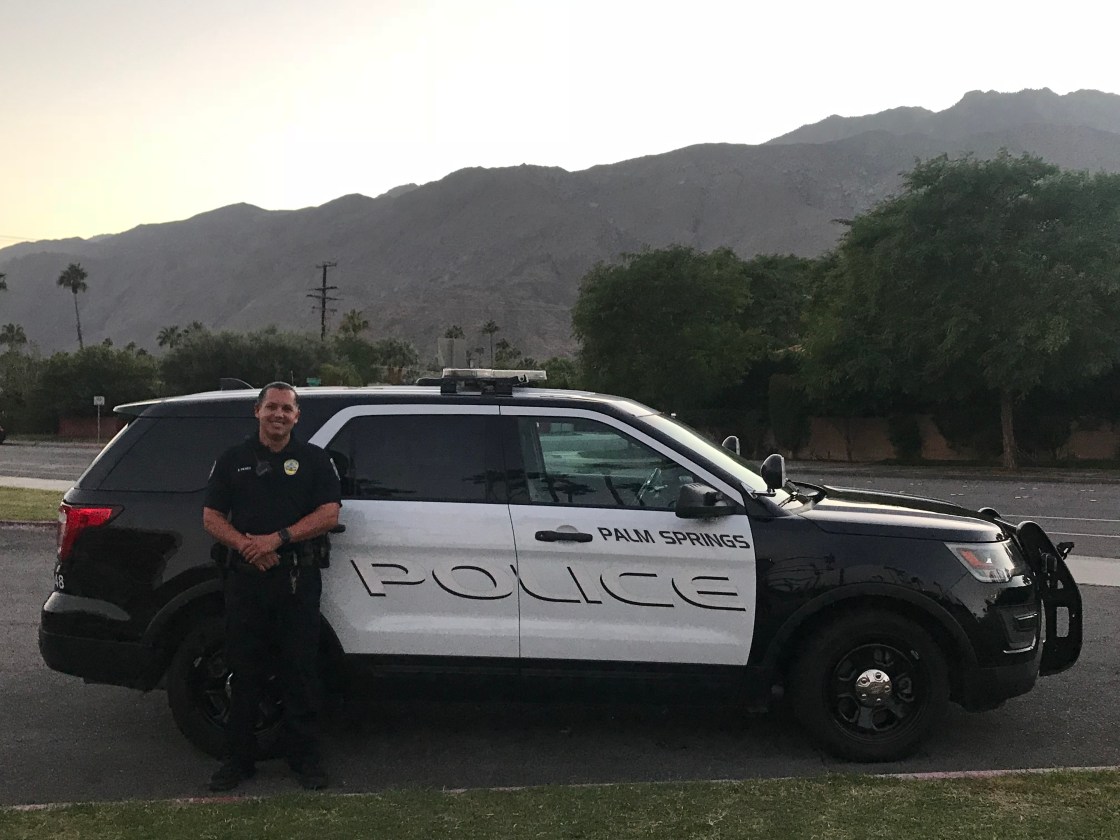 Palm Springs police officer Bryan Perez has had a rough couple of years.

In October of 2016 two of his colleagues Jose “Gil” Vega and Lesley Zerebny were killed in the line of duty.

“It’s a struggle it really is,” says Perez.

And this spring what he thought was a horrible headache, “I was at work and it was just like somebody punched me in the side of my face, very painful,” he says turned out to be a tumor, “like a small tangerine, taking up a lot of the room in there, in my nerves.”

After 11 hours in surgery doctors were able to remove most of it luckily it’s not cancerous but he says he needs more surgeries to fix the damage, “I can’t really eat or chew anymore, a lot of the paralysis on the left side of my left face is still present.”

When Rick Pantele better known as “Citizen Rick” heard about what Officer Perez has been going through he reached out to his trusty crew of generous friends including Harold Matzner to send him and his family on a dream vacation.

“I started being a police officer in 2010 and I haven’t really had a vacation since then,” says Perez.

“It really is a blessing, I‘m very thankful,” says Perez.

Officer Perez is already back on patrol.

He says he loves his job and what’s kept him going are his family, his colleagues and community he swore to protect, “The support is just amazing.”

Pantele also set up a Go Fund Me page to help with spending costs while on the trip.