Holiday Cheer at the Festival of Lights Parade 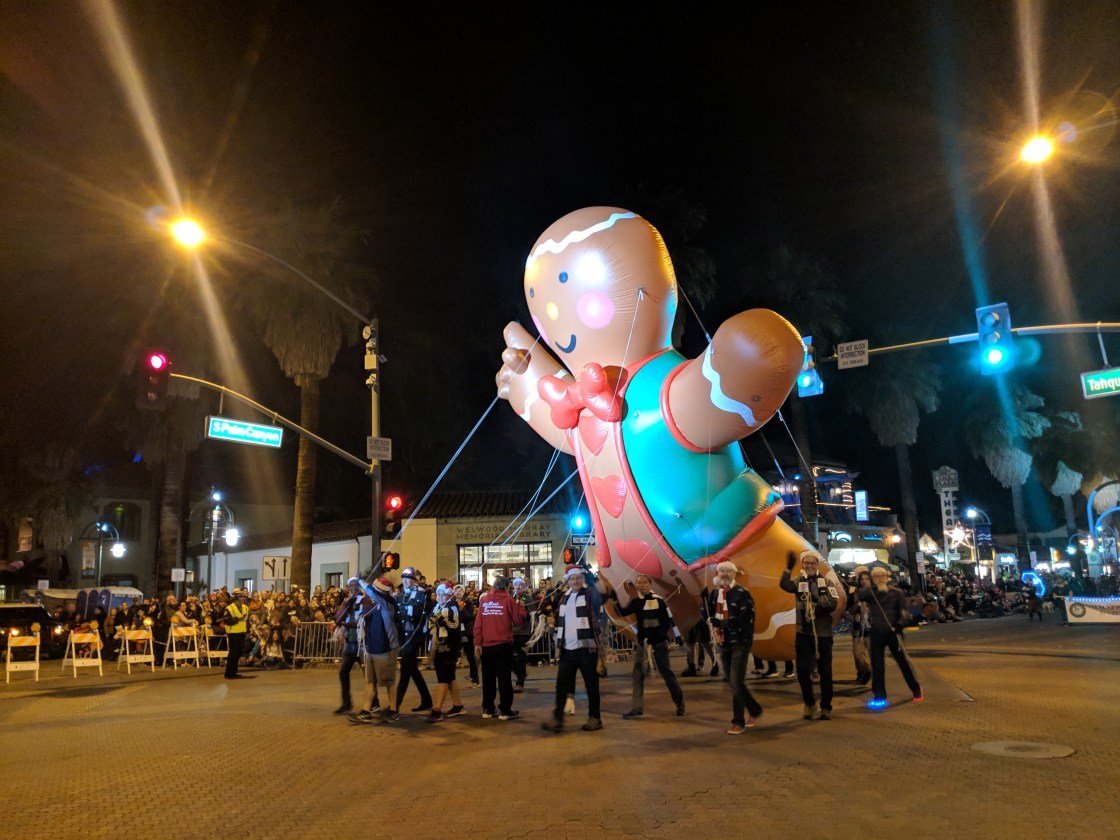 The 25 annual Festival of Lights Parade brought out the holiday cheer to the thousands who made their way to Downtown Palm Springs.

This year was one of the biggest holiday parades Palm Springs has seen with over 80 groups participating and many of them decorated with flickering lights from head to toes.

The Dance Team from Coachella Valley High School opened the parade with a jazz number the numbers have practiced for months.

Mario Monreal is the team’s captain, he said, “It is such an honor, but I was surprised they asked us from the Eastern Valley to come all the way to Palm Springs and perform.”

Spectators enjoyed the parade from the sidewalk, some stood, while others came prepared with blankets and chairs.

Shannon Rose traveled from Riverside for the parade. She said the parade has become a family tradition and reunion.

She said, “We come together as a family it is nice, we usually get hot chocolate and camp out on the curb and watch the parade go by.”

Even though, visitors cheered all of the participants, there’s no doubt Santa Claus continues to be the crowd favorite and closed the festival.