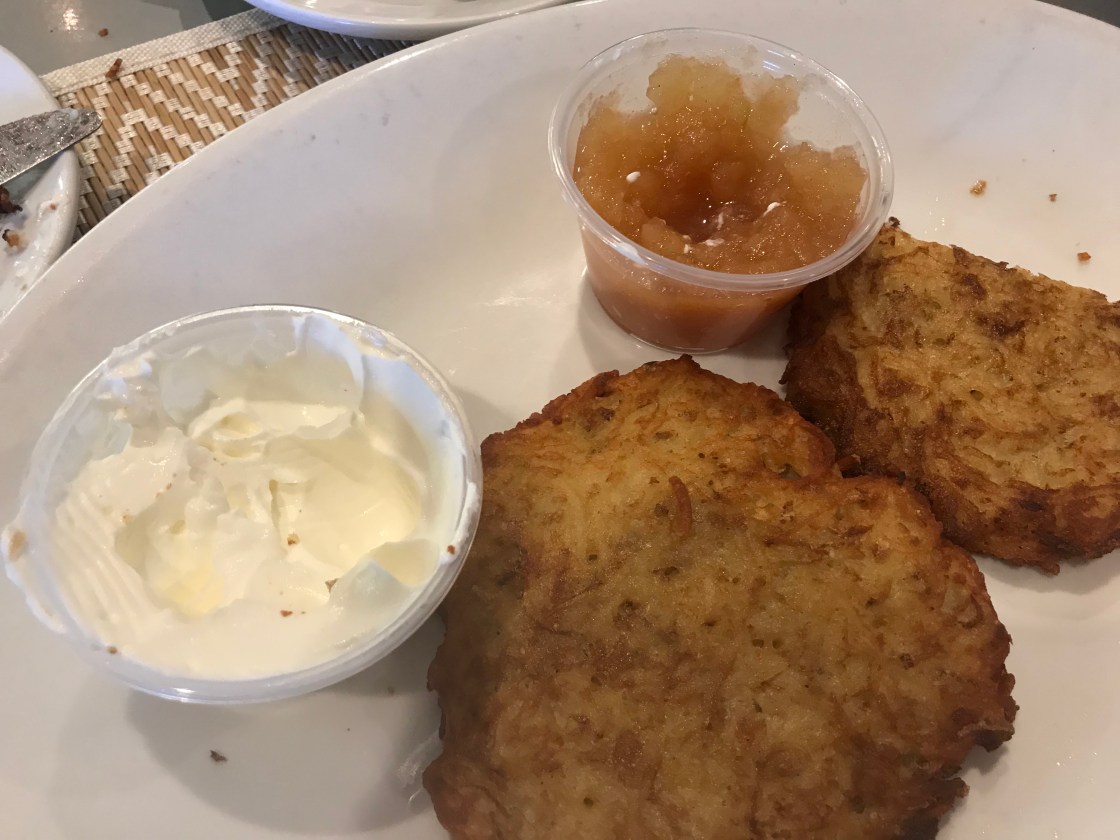 It seems every celebration has traditional dishes that make it more special and in the case of Hankkah it’s no different.

“A lot of people love them because of the Jewish tradition,” says Cliff Sesler, of Manhattan in the Desert.

Because the holiday commemorates a miracle of a day’s supply of oil that burned for eight days, foods fried in oil, like latkes are symbolic.

Sesler says Manhattan in the Desert’s latkes rival the homemade potato pancake, “They’re wonderful I think they’re the best in all of Palm Springs.”

While the recipe is simple, getting them just right takes practice and Manhattan’s has been making them for over a decade.

“The balance between the potatoes, the onion, the flour the egg, the salt, it’s all got to be there to make magic,” says Sesler.

And the sides they’re smothered in matter too. At Manhattan’s they serve them up with the traditional sour cream and applesauce made in house.

And while these may not be made by your sweet great grandmother, people who grew up eating them, like Mary Cardas, “My great grandmother used to make them for me all the time,” says they come pretty darn close, “mmm, that’s delicious,” adding that they’re not greasy and crisp, just as they should be.

So what’s the secret to making good latkes?

I think all grandmothers would agree.