Markets tank on fears U.S.-China relations will worsen after arrest of tech executive 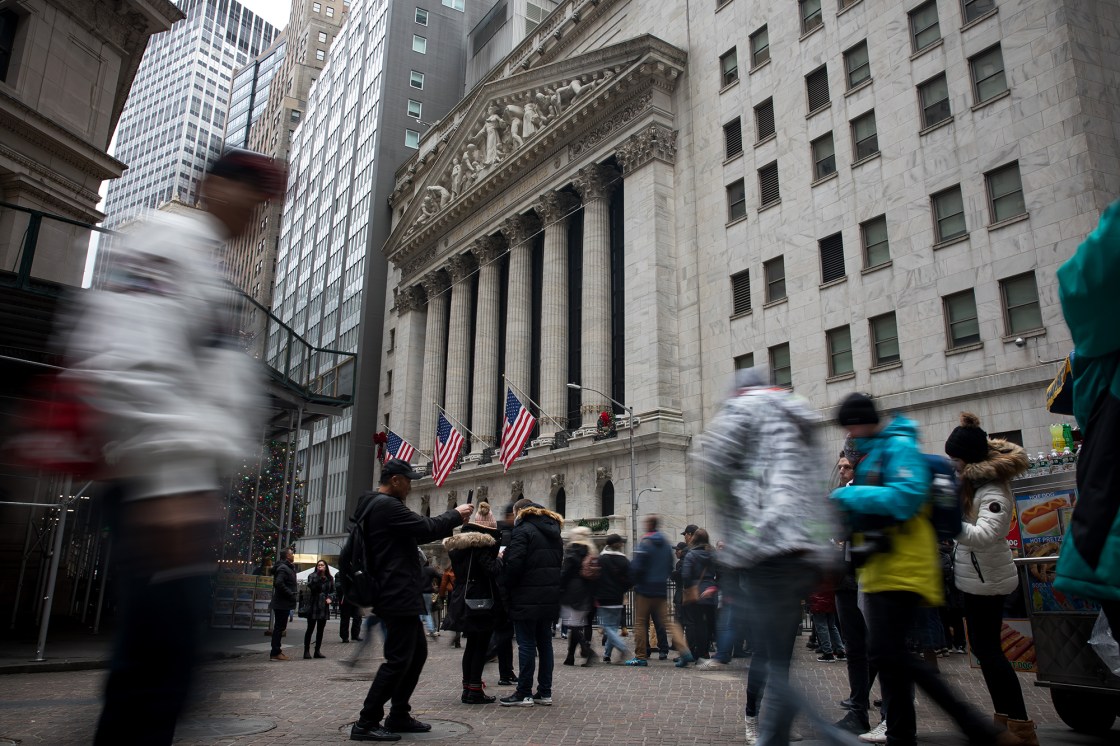 The Dow Jones Industrial Average fell by more than 700 points on Thursday, as concerns over a trade impasse with China were compounded by the arrest in Canada of a high-profile Chinese tech executive.

Thursday’s losses now bring the Dow’s two-day decline to a total of more than 1,400 points. The Dow and the S&P 500 have both lost all their gains for the year, with the S&P dipping into correction territory during morning trading. The tech-heavy Nasdaq composite continued its slide further into correction.

Markets have been on a hair-trigger all week, in response to confusion over the exact details of an apparent trade cease-firebetween President Donald Trump and China’s President Xi Jinping. While Trump touted the meeting of the two world leaders on the sidelines of last weekend’s G-20 economic summit as “amazing and productive” with “unlimited possibilities for both the United States and China,” Beijing has been slow to corroborate that sentiment. China’s Commerce Ministry eventually released a statement Wednesday calling the trade talks “very successful” — but remained vague on the 90-day deadline for negotiations touted by the Trump administration.

Thursday’s stock spasms were compounded by the arrest of Meng Wanzhou, the chief financial officer of one of China’s largest companies, technology giant Huawei, which has been the target of deepening U.S. security concerns. Meng, daughter of the company’s founder, was detained in Canada on Dec. 1 amid reports that the U.S. was seeking her extradition because Huawei had violated a ban on sending U.S. technology to Iran.

Traders were particularly spooked when it transpired that Meng was arrested on the same night Trump and Xi made their pact to work things out, at the G-20 economic summit in Argentina.

China’s Ministry of Foreign Affairs said officials have been contacted both in the U.S. and Canada to demand Meng’s release.

Continuing concern over a slowdown in global economic growth also contributed to Thursday’s stocks slide, as well as an inverted yield curve, which happens when the interest on a short-term Treasury bond is higher than on a long-term one. Traders frequently view such an event as an indicator of a recession, since it demonstrates that people are more uncertain about the future.

The market gyrations also come as members of oil cartel OPEC meet to discuss production cuts and one day ahead of the closely watched U.S. monthly jobs report, which the Labor Department releases on the first Friday of each month. General consensus put the monthly jobs number at a healthy 198,000 — an indicator of continued confidence in the strength of the U.S. economy.