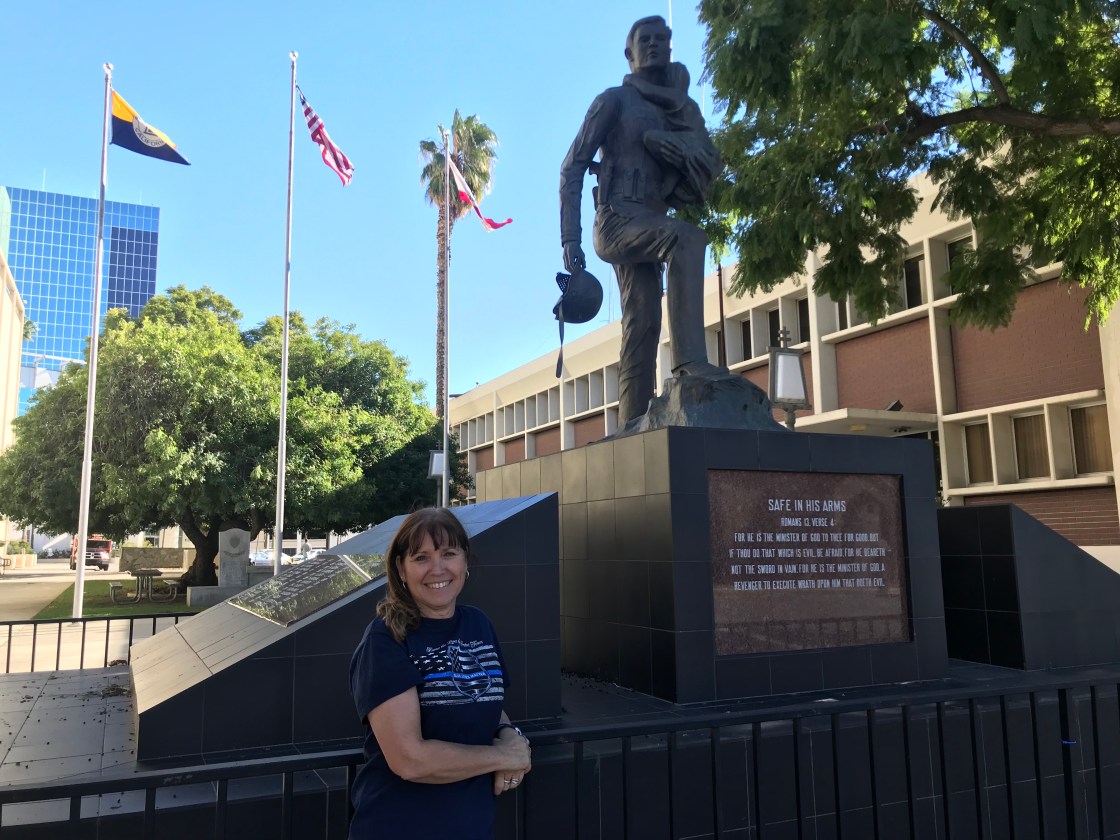 “It’s hard,” says Valerie Lehmann – Frost through tears as she remembers a Sunday morning in 1997 when a Riverside County Sheriff’s Department official came to her door.

“I was yelling at him please tell me he’s not dead and he put his head down and he goes,  ‘I‘m really sorry we lost him’,” she says.

Her husband, 41-year-old Deputy James W. Lehmann Jr. and 33-year-old Deputy Michael Haugen were ambushed and killed during a domestic violence call in Whitewater. They were going in to protect a mother and her children.

“I’m proud of him for doing that, you know because that what he was all about and if two kids could survive it that horrible ordeal that they were going through, then I understand the loss,” she says.

Valerie says in an instant she lost the love of her life and father of her two young children.

She says the holidays have never been the same since that cold morning, “Holidays are extremely hard for me to get through it, people around me notice a change about a month before.”

That’s why she says the Blue Light ceremonies that show support to families of fallen officers during this time of year mean everything, “It means that they’re not forgotten and we’re not forgotten,” adding when she found out the department her husband worked for canceled the ceremony this year she was devastated, “I thought nobody really cared about us anymore.”

“I’m extremely proud of Chief Reyes and Chief Diaz for doing that because that tells me they really do care about us and politics aren’t involved in this it’s about the survivors,” she says.

She says Deputy Lehmann and Deputy Haugen were good family men who gave their lives to save others.

She hopes people remember them as they pass the stretch of road named after them on the ten freeway and shine a blue light in their honor this holiday season, “I want them to really remember how they lived and not so much how they died.”