Alabama 9-year-old dies by suicide after racist taunts and bullying, her family says 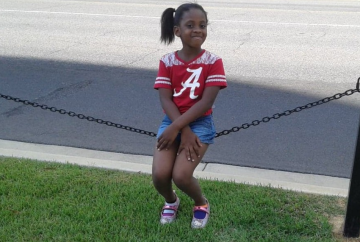 A fourth-grader in Alabama died by suicide after being bullied with racist taunts, according to the child’s family.

McKenzie Nicole Adams, 9, a U.S. Jones Elementary School student who loved math and hoped to become a scientist, was found dead in her home on Dec. 3 by her grandmother, according to Tuscaloosa News.

Eddwina Harris, the girl’s aunt, told Tuscaloosa News that the bullying her niece experienced stemmed from her friendship with a boy at her school.

“She was being bullied the entire school year, with words such as ‘kill yourself,’ ‘you think you’re white because you ride with that white boy,’ ‘you ugly,’ ‘black b—-,’ ‘just die’,” Harris told the paper.

McKenzie had previously experienced bullying at another elementary school and was transferred to U.S. Jones Elementary School after her mother and grandmother brought it to the attention of the State Board of Education.

On Facebook, Jasmine Adams, McKenzie’s mother, mourned the loss of her daughter, sharing pictures Monday night of the two together.

“My world is gone … my first love #stopbullying #antibullying,” Adams wrote on Facebook.

The Demopolis City School System said in a statement sent to NBC News by attorney Alex Braswell, who represents the district, that it is “cooperating with the Demopolis and Linden Police Departments in their joint investigation of this incident” and said it will continue to make the district a safe place for children.

Harris, who hosts a television show in Atlanta, said she now plans to use her platform to combat bullying.

“God has blessed me to help others with my platform, and now it’s time to help. There are so many voiceless kids,” she said. “God is opening great doors for justice for my niece.”

If you or a loved one are looking for help, please call the National Suicide Prevention hotline at 1-800-273-8255.