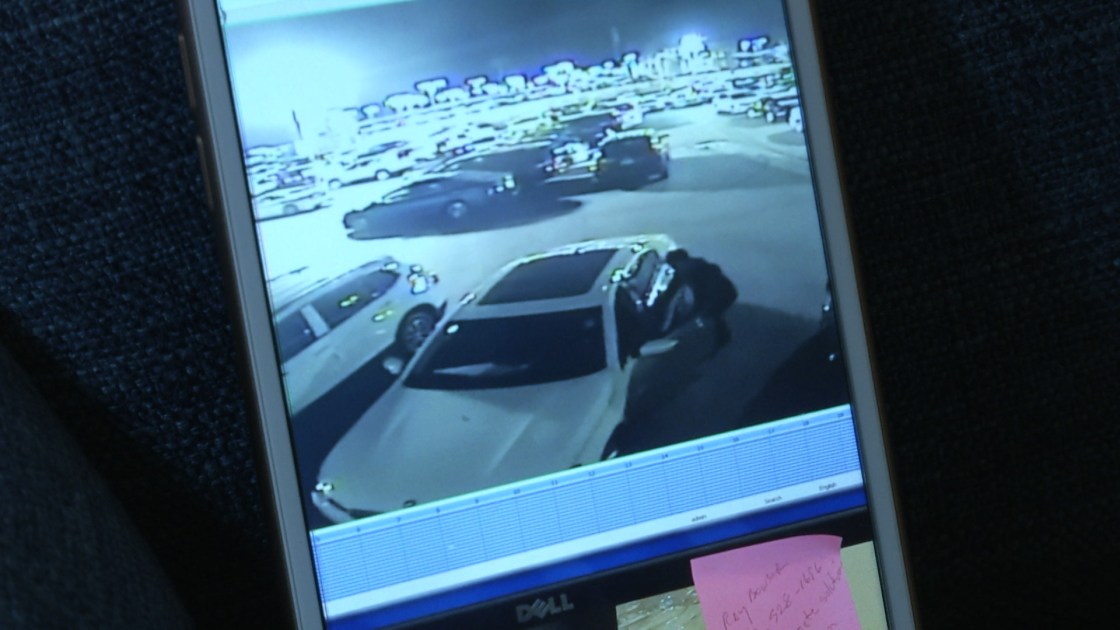 Over the last week, NBC Palm Springs can confirm at least two cars were stolen from the I-10 Auto Mall in Indio.

Security video from the Coachella Valley Volkswagen dealership captures a  brazen thief driving off the lot with an $80,000 BMW.

“I’m just heartbroken,” said General Manager of Coachella Valley Volkswagen, Benny Cash. He said he is one of several theft victims. “At the same time our dealership was basically a target, and they stole some of our cars. There were dealers next to us, their cars were stolen according to authorities,” Cash explained.

However, on Jan. 3rd, her husband got a call no one wants to hear. “It was yesterday that they let us know that it was missing,” Sandra said. Now she and her husband are out a car.  “I’m getting dropped off and picked up,” she said about not having her own car to get around town.

Benny Cash is horrified his dealership was targeted. “I’m upset and I’m mortified when I found out Sandra is one of my customers… We said we’ll provide a vehicle for her to drive,” Cash explained about how he’s trying to fix the situation.

Officer Ben Guitron with the Indio Police Department was only able to confirm to NBC Palm Springs that two vehicles were reported missing from the dealership. “Well, it was brought to our attention during the investigation that in both occasions that the keys were not located for both vehicles,” Officer Guitron stated.

Regardless, what happened to Sandra can happen to anyone, no matter which dealership you go to.  Any time you take your car to the service department, you typically sign some form of paperwork. One’s from the Coachella Valley Volkswagen has a line on the bottom that reads, “I hereby authorize the repair work above to be done along with the necessary material and agree that you are not responsible for loss or damage to vehicle or articles left in the vehicle in case of fire, theft or any other cause beyond your control.”

“You know you drop off your car in good faith, thinking they’re going to take care of it,” Sandra said. Throughout all the stress, she’s trying to stay positive. “It’s going to get taken care of. I just want to get past this.”

Benny Cash said he wants to make it right with Sandra and her husband. “What’s done is done. It’s how we fix it afterward.”

In addition to a rental car, Benny Cash said they will help pay Sandra’s deductible and get a good deal on a new car.

The dealership says it is still doing inventory checks, and just found out it has two other cars missing.

Meanwhile, the Indio Police Department said it is also still investigating and hopes to find the thief or thieves.