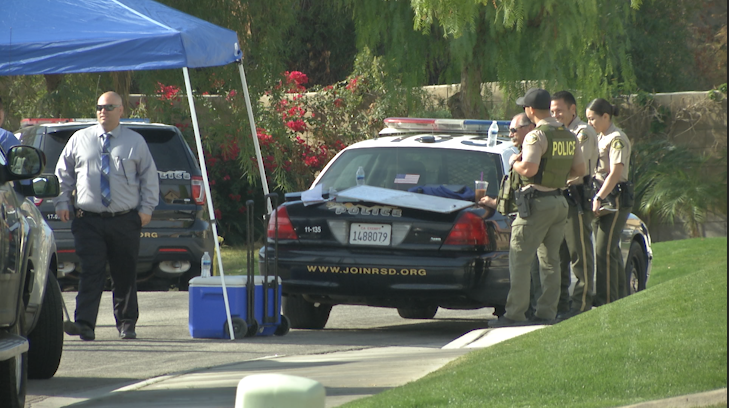 Murder-Suicide Suspected in Shooting of Husband, Wife in La Quinta

A husband and wife found dead of an apparent murder- suicide at a La Quinta home have been identified, authorities said Wednesday.

They were found around 9 a.m. Monday at a residence in the 79700 block of Independence Way, according to the Riverside County Sheriff’s Department. A witness called police to report a woman lying on the ground behind the home.

Investigators found the woman’s body there and later discovered the husband’s body inside the house.

Both victims were shot, but Herman Heintz’s gunshot wound was self- inflicted, according to sheriff’s Sgt. Steve Brosche, who said there were no outstanding suspects involved in the incident and “no threat to public safety.”

Both husband and wife were employees of the Imperial Irrigation District and worked out of the company’s La Quinta offices, according to the utility’s spokesman Robert Schettler. Herman Heintz worked for the utility for 41 years, while Ada Heintz was a 19-year employee, according to an IID statement.

“Imperial Irrigation District is deeply saddened to learn about the unexpected and tragic passing of two of its employees, Mr. Herman Heintz and wife Ada Heintz,” a statement released by the utility Wednesday reads. “The district grieves with their families, their loved ones and is focusing on the human aspect of this situation, doing what it can as an organization to support them.”

The company will be providing grief-counseling services to its employees “during this difficult time” and “asks the public to keep the Heintz family in their thoughts and prayers.”