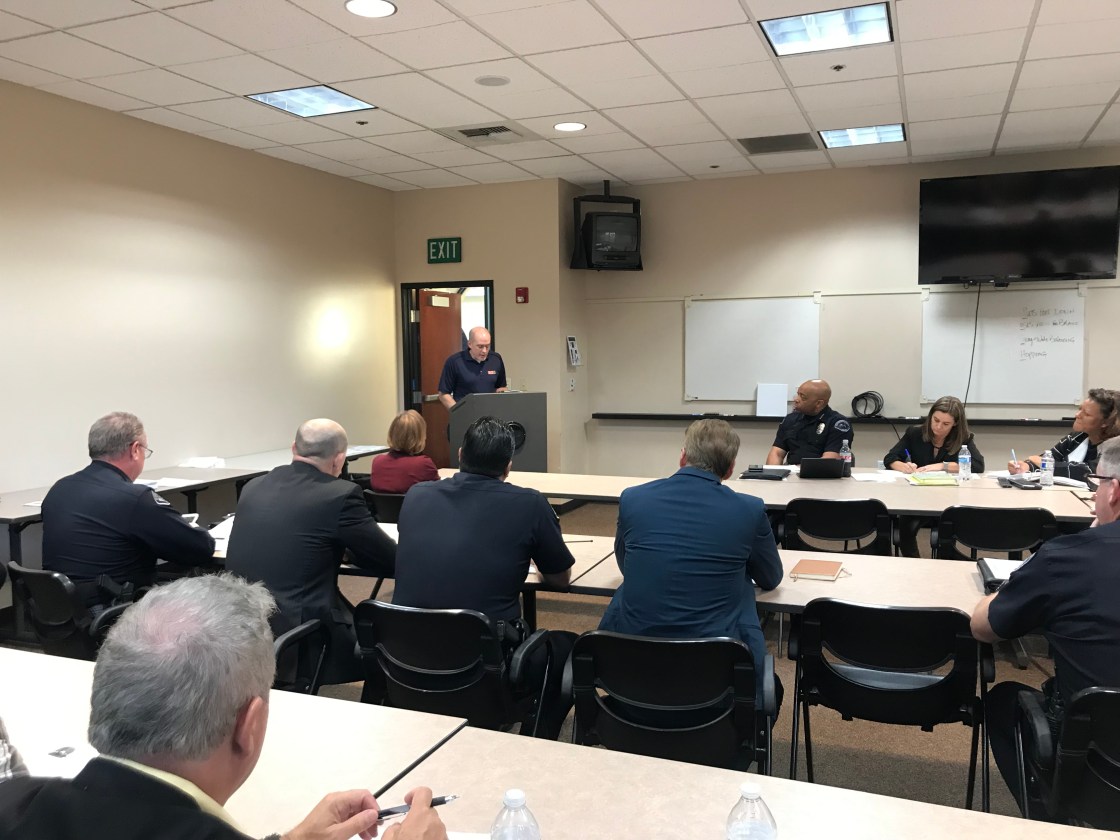 “Right here we have people from DOJ saying they never asked you guys to cut us off,” explains Julie Makinen, the executive editor for the Desert Sun to Cathedral City Police Chief Travis Walker after the Eastern Riverside County Interoperable Communications Authority meeting in Cathedral City on Thursday.

Walker is the chairman for the Technical Advisory Committee for ERICA, that regulates the law enforcement radio communications systems says, he says they were ordered to cut off local media access or they would be cut off themselves, “We’re just at a point where we have to comply with the department of justice standards so that we can maintain our CLETS, California Law Enforcement Telecommunications System access which gives us the ability to operate as a law enforcement agency so this has nothing to do with us trying to take away access from the media for some reason of punishment or to prevent the public from having information we have a duty to protect that information and that’s what we’re abiding by.

Makinen says the committee’s claims the department of justice ordered the shut down are false, “The Desert Sun did some investigating we requested all the email communications between ERICA and DOJ and what we found is that is not true, that is not true, it was only after the access was cut off that then ERICA started talking to DOJ about whether or not this was in line with their guidelines, and in fact DOJ said they never ordered ERICA to do this.”

Representatives from all major local media outlets showed up during committee’s meeting to express concern about the decision to shut off the radios in newsrooms.

“This is about public safety, scanners help us get information to viewers, we track scanner traffic so we can pinpoint trouble spots,” said Trino Martinez, the assistant news director at NBC Palm Springs.

“Over the years I think we’ve shown a great responsibility and care towards law enforcement, officer safety has always been and always will be a priority for us,” said Timothy Kiley, the assistant news director at KESQ / CBS Local 2, adding the media takes their responsibility to guard the public’s privacy very seriously.

“Given the kind of new normal we’re facing in California where potential disasters the kinds of big earthquakes we know one day will come, the point here should actually be more cooperation between local media and first responders and not less, I mean what if we had an eight point earthquake during Coachella weekend?” said Makinen.

During the meeting David Ready, the Palm Springs city manager, who is on the committee said the Palm Springs City Council wants to find a way to grant access to local media and put forward a motion that was accepted to invite the DOJ and media to a special meeting to come to an agreement.

Makinen sees that as a positive step, “I think there is a way for us to find a solution to work together that protects individuals’ privacy rights but still gives the public the accurate information they need during breaking news situation so thank you to Palm Springs for moving forward on this.”