From Survivor to Thriver, Elizabeth Smart Advocates for Change in the Valley 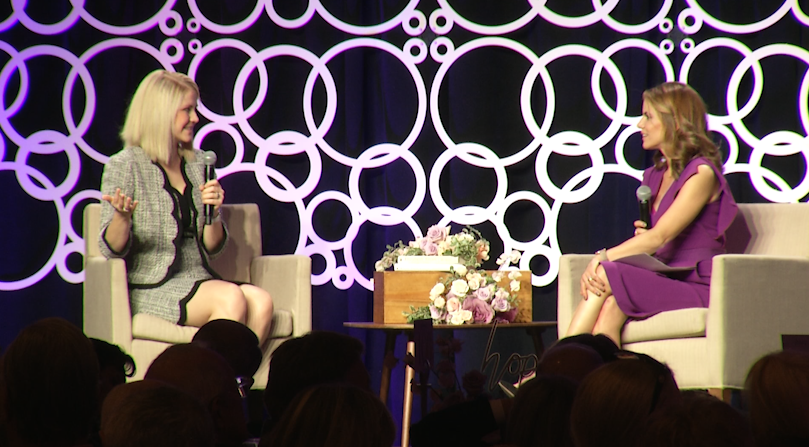 Many of us remember her story, in 2002 Elizabeth Smart was abducted from her bedroom in Salt Lake City. Miraculously, after nine months of unspeakable abuse, she was reunited with her parents.

Her journey back to some semblance of a normal life has inspired millions. Smart visited Palm Desert for the Barbara Sinatra Center Champion Honor’s Luncheon.

“I remember, it was in that moment that I knew that nobody ever again was going to hurt me the way that these two people had hurt me the last nine months because my dad was there,” Smart said in a sit-down interview with NBC journalist Natalie Morales.

After being held captive at 14 years old by two strangers, Smart uses her testimony to reach thousands of victims in abusive situations.

“We get this idea that kidnapping and rape and sexual violence only happen in like dark obscure areas like dangerous areas,” Smart said in an interview with NBC Palm Springs. “But that’s not true, it can happen to anyone.”

Fast forward to now, Smart advocates for victims in her same position like kidnapping victim Jayme Closs. She has her own foundation and speaks at events for organizations like the Barbara Sinatra Center.

“I definitely do believe there is a cultural shift taking place,” Smart said. “I believe it needs to be even bigger and broader and not just for women, but for men too.”

“She truly is that example of what being a champion and a survivor is all about,” interviewer, Natalie Morales said.

Smart attributes much of her escape to her family and her faith.

“I’ve covered her story for years and years, I’ve gotten to know her family very well,” Morales said. “She’s the remarkable young woman that she is today because she’s all about family and her family rescued her.”

Elizabeth’s father, Edward Smart, spoke on his experiences of the kidnapping, too. Now, he has a mission alongside his daughter.

“We really need to teach our children life skills that will enable them and empower them to be able to deal with these horrible things,” Edward said.

Which he has since day one, supporting his beloved daughter and her mission to spread a message of hope.

“The time in your life that this abuse went on compared to your entire life is so small and to let it dominate and ruin the rest of your life is a horrible thing,” Edward said.

“For me, all forgiveness is, is loving yourself enough to let go,” Smart said on stage when asked if she could ever forgive her captors. An enormous applause followed her response.

Elizabeth speaks at two to three events per week, her father said but her decision to come to the lunch was easy, her grandmother lives in the valley. Elizabeth is happily married with three kids who were also in attendance.