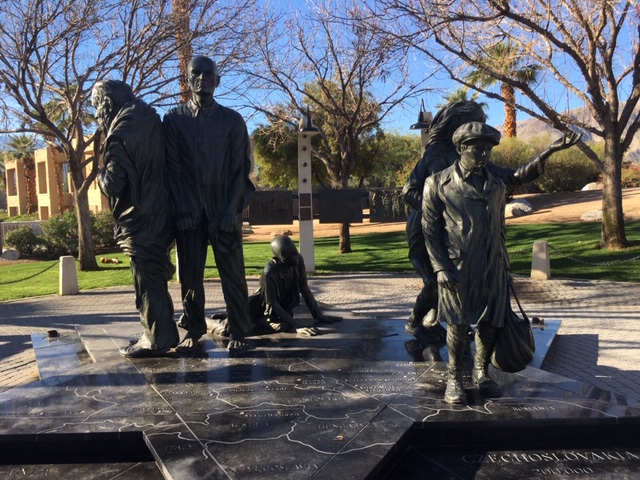 At Civic Center Park, a memorial stands as a tribute to the six million men, women and children who were killed in concentration camps throughout Europe.

“The holocaust started with hate. It started with the first time you called someone a dirty Jew. And it starts with hate first. Not only against Jews, against other minorities. Against African-Americans, against homosexuals. Anybody that is different,” said Steven Geiger, founder of the Mensch International Foundation.

The Mensch International Foundation along with the Tolerance Education Center and Temple Isaiah are taking a stand against hate. Both past and present.

“Pittsburgh is the largest massacre of Jews in the United States. This crazy guy went in and started shooting during the sabbath ceremony, during baby naming,” said Geiger.

The event aims to educate rather than lecture, and in order to give students the opportunity to attend, the programs are scheduled for Monday, January 28th, the day after the official Holocaust Remembrance Day.

“We have to educate young people. The more you repeat it, hopefully something sinks in,” Geiger said.

“No one has the right to hate. That right is not a right. It’s a privilege that should not be afforded to them. And we are all responsible to speak up when we see it happen, when we hear it happen.”