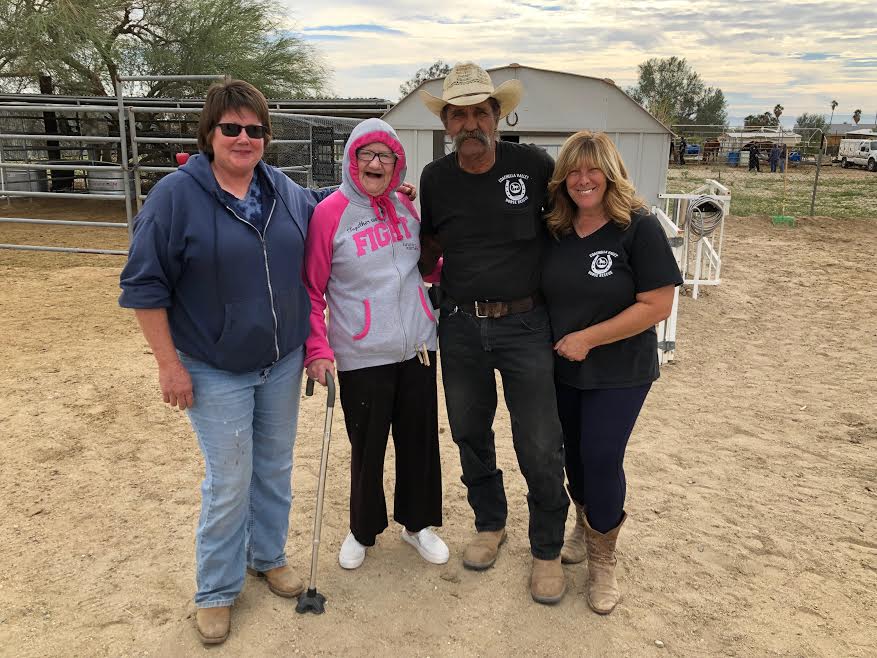 One horse is found dead in a home in Mecca where animal control has been called multiple times. You asked what was being done about it this time. Well, animal control has taken control of six horses, one donkey, and one pony. NBC Palm Springs spoke to neighbors who are still recovering from the shock of what they witnessed.

“Why do people do that to animals, they don’t ask for much.”

Elaine Geraty still can’t wrap her head around what happened.

“I didn’t realize it but late last night I heard the horse kicking. I didn’t know what it was.”

Turns out, it was an emaciated horse calling for help.

“I felt horrible because he kicked all night.”

“I wish there was something I could do. I don’t know what to do.”

Officials say there was no food for the horses on the property, something that comes as no surprise to neighbors like Elaine, and her daughter Lynn Gamerson.

“The thing I notice and what I’ve been reporting to animal control is the lack of feed. Three days without food without food is generally how it goes,” Gamerson told NBC Palm Springs.

Lynn Gamerson has a horse named Red, that she adopted after these very neighbors (where the deceased horse now lies) lost him. Again, due to housing him in poor living conditions. Conditions that folks working at the Coachella Valley Horse Rescue, like Annette Garcia, work tirelessly to get animals out of.

“We’ve been out here several times. We’ve brought shade cloths for horses in the summer. They have had bites from flies, and we have even had to come and give them medicine,” said Annette.

Given that the situation in the neighbor’s home has gone from bad to worse, neighbors are just glad that steps are finally being taken to get these animals the care they need.

“There need to be better laws to protect the horses. Don’t let this horse die for nothing,” Elaine added.

The owner of the animals did not want to speak to NBC Palm Springs. However, it has been determined that he relinquished all rights to his animals and they will be in the care of animal control until they find a new home. If you would like to donate to the Coachella Valley Horse Rescue, to help give them the tools to house these animals, visit their website found below.