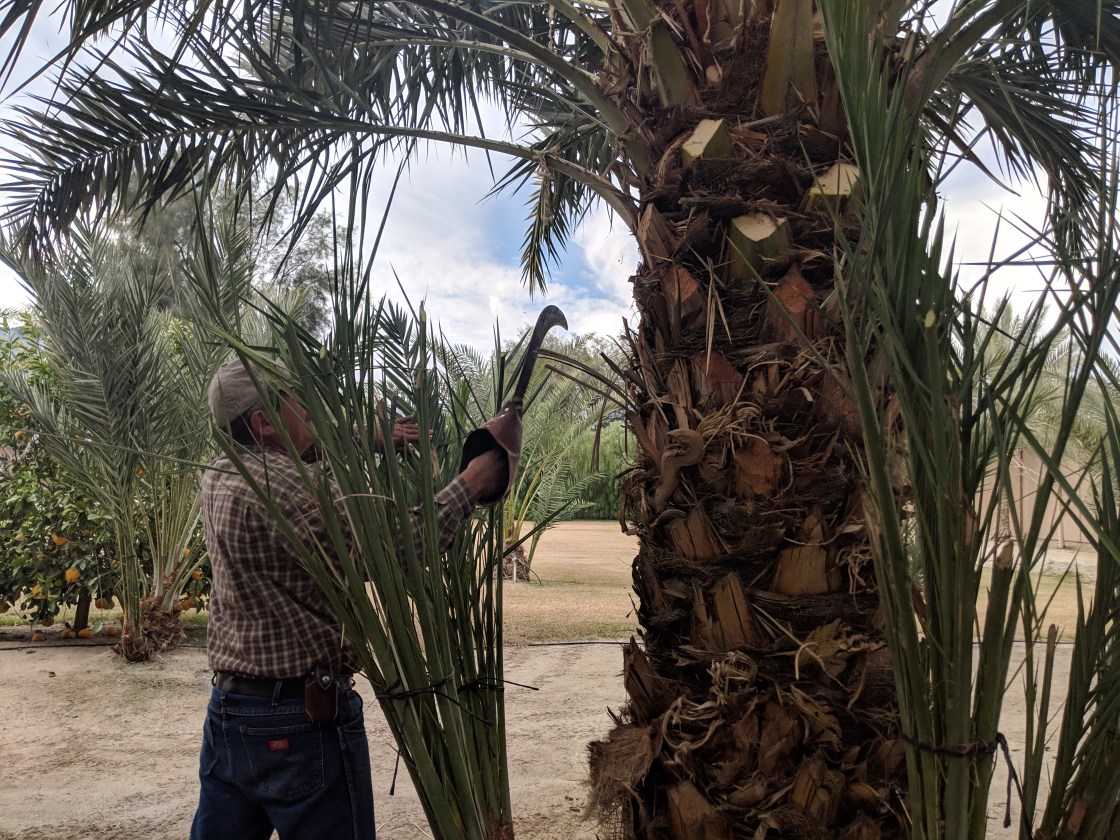 A state-wide shortage of farm workers could mean the price of fruits and vegetables will rise, as some American growers said it is tough to find replacements for employees, while others blame immigration laws for the current shortage.

The owner of Regulus Date Ranch, Saralyn Delk said she relies heavily on the manual labor from her employees, but she said each year gets tougher to find people to do the job.

Delk said, “Why do they want to work out in 120-degree weather if they can work at McDonald’s with air-conditioning for the same price.”

She admits it is a tough job, her main Palmero, Alfredo Baldovenos has more than 10 years of experience.

He said, “Not many people like being among the palm trees,  they get stung or cut themselves.”

The farmer shortage is not unique to the Coachella Valley, Bryan Little, the Director of Employment for the California Farm Bureau Federation said it is impacting farms through the state, he puts it this way.

He said the shortage is not yet to the point where the cost of vegetables or fruits will increase, but he said crops like avocados and asparagus that once were exported from California are now imported from Mexico and hurting American farmers.

He said automation helps productivity at farms, but he said employees are still needed in a workforce that is predominantly immigrant, therefore he said the U.S. Congress needs to step in.

Little said, “Congress also has to change the law to create a future flow program that is going to be liable for the industry.”

Delk said she is interested in finding machinery that may help with the workload at her ranch but admits changes to immigration policy may help fill some of the openings.

She said, “Something so we can have workers come to stay during the season and go back if they care to, I don’t know what agriculture will do.”