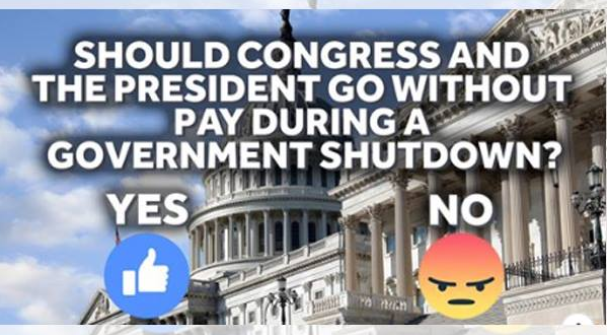 Bill would withhold pay from president, Congress during government shutdowns

Three congressmen introduced a bipartisan bill that would withhold pay from members of Congress and the president during government shutdowns.

“This legislation will help prevent the American people from being political pawns for party leaders and help return sanity to the task of funding the government,” Golden said in a release.

The Solidarity in Salary Act of 2019 would place the pay of the president, vice president and members of Congress into escrow for each day of a shutdown.

Once the government is reopened, the withheld pay would be released, Golden said.