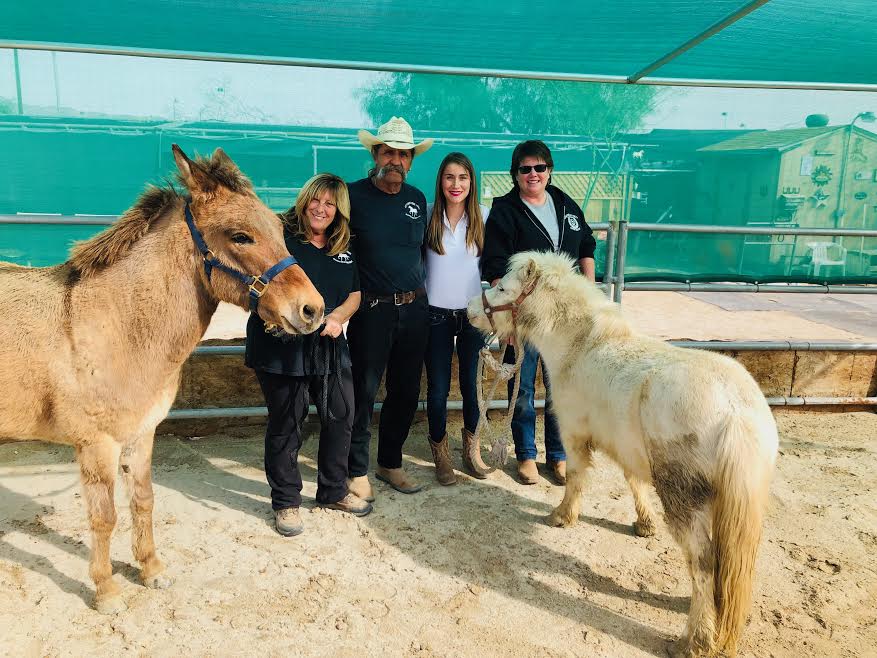 A group of neglected horses were taken from a home in Mecca by animal control a couple of weeks ago. One of them was an emaciated horse who passed away on the property..

Folks who work at the Coachella Valley Horse Rescue tell NBC Palm Springs they’ve wanted to care for these animals since they first heard of their neglect three years ago. So, for them, today was more than a homecoming. It was a wish come true.

“We’re really excited. It’s about time. We should have had them a long time ago,” Annette Garcia, who works at the Coachella Valley Horse Rescue, told NBC Palm Springs.

This was a homecoming that was something she never imagine would happen, but one that fills her with joy and excitement, nonetheless. Thelma, the pony, and Louise, the mule, are finally home.

“We don’t normally adopt horses, they come to us. But, this was a special case because we’ve known them since they were born. Both the pony and the donkey have had rough lives. I know there were days where there was no food and they were in a tiny little area where they could barely move around, with horse manure everywhere. Plus they had no shade during the summer. I mean, it was a bad situation for them before so they are going think they’ve gone to heaven here.”

The Coachella Valley horse rescue, prides themselves in taking care of and rehabilitating horses. Cisco is one of the horses at the rescue who had to be quarantined, until he felt safe again. Annette doesn’t think Thelma and Louise will have to be quarantined, but says rehab is in their immediate future. Something they are ready to do.

“We have a big big area for them and we understand that they’re very attached so we are going to keep them in the same area and see how that goes.”

Annette is grateful for the opportunity the rescue was given to nurse these animals back to health, because she feels all animals should feel safe.

Even though Thelma and Louise were able to be saved, Annette says this happy occasion can’t be taken for granted.

“We’re so thankful and we’re so grateful for you and for the media and all of the help that we are getting. We just want to get the word out.Please don’t be afraid to make the call. Please don;t be afraid to ask for help.”

Thelma and Louise are expected to be okay, but will need to undergo the rehabilitation process. For more information on how you can help them get better, visit the Coachella Valley Horse Rescue’s website, found below: