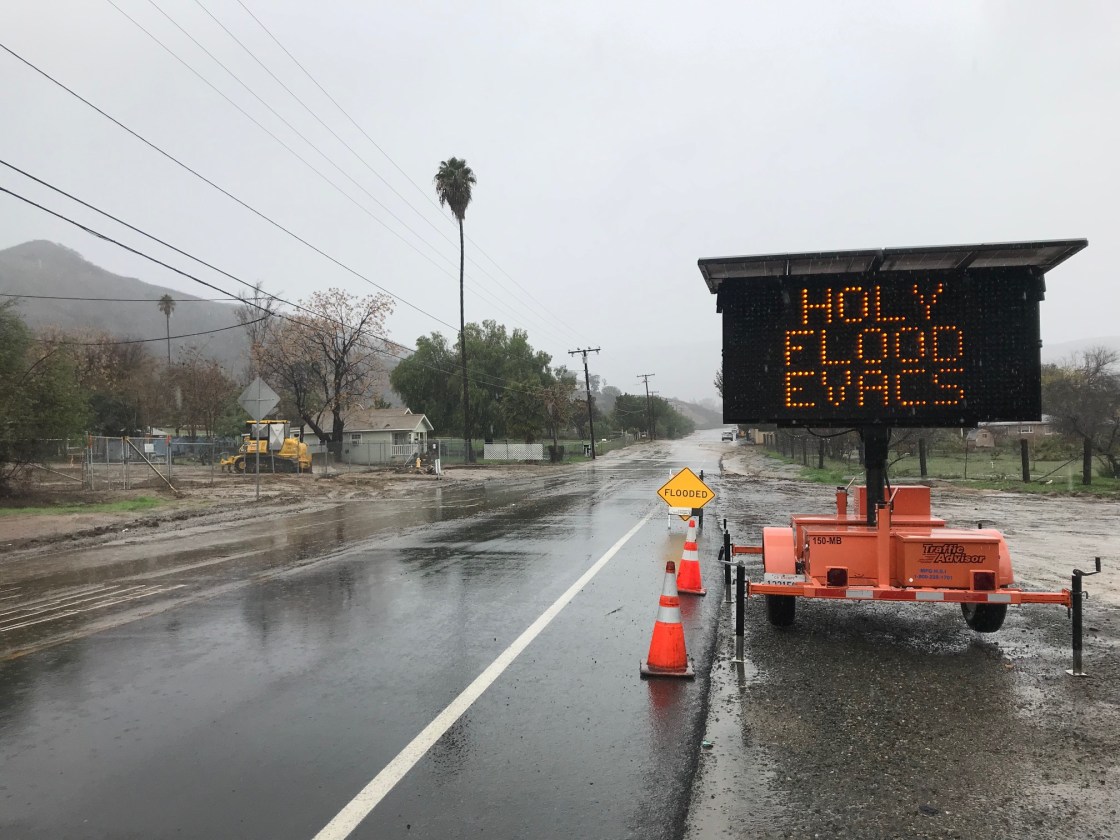 The rain has been relentless in Southwest Riverside County, couple that with the devastation left behind by the Holy Fire and it’s a recipe for disaster.

“And the rains that we’ve had in the past the hills are saturated and there’s no telling what the mud flow and debris flow could be, ” says Ken Rieger, a shelter supervisor with the Red Cross.

The county has set up an evacuation center at Temescal Canyon High School, the Red Cross is running it but it sits nearly empty.

“The problem is since the Holy Fire during the summer there’s been so many evacuations you know for possible rain and flooding and debris flow that people people just get tired of it and they start ignoring the evacuation orders,” he says.

He says they’ve seen so many of the same people over the last months they get to know them and are worried about those who did not heed the orders to leave.

Rieger shares the story of one woman weighing on his mind, “She’s an elderly woman and she has health concerns and she’s evacuated every single time there’s been an evacuation so it’s probably been at least a half dozen times and they become like family to us and this time she says she wasn’t going to evacuate and the only way she was going to evacuate was if they carried her out on a stretcher so you we’re concerned about her.”