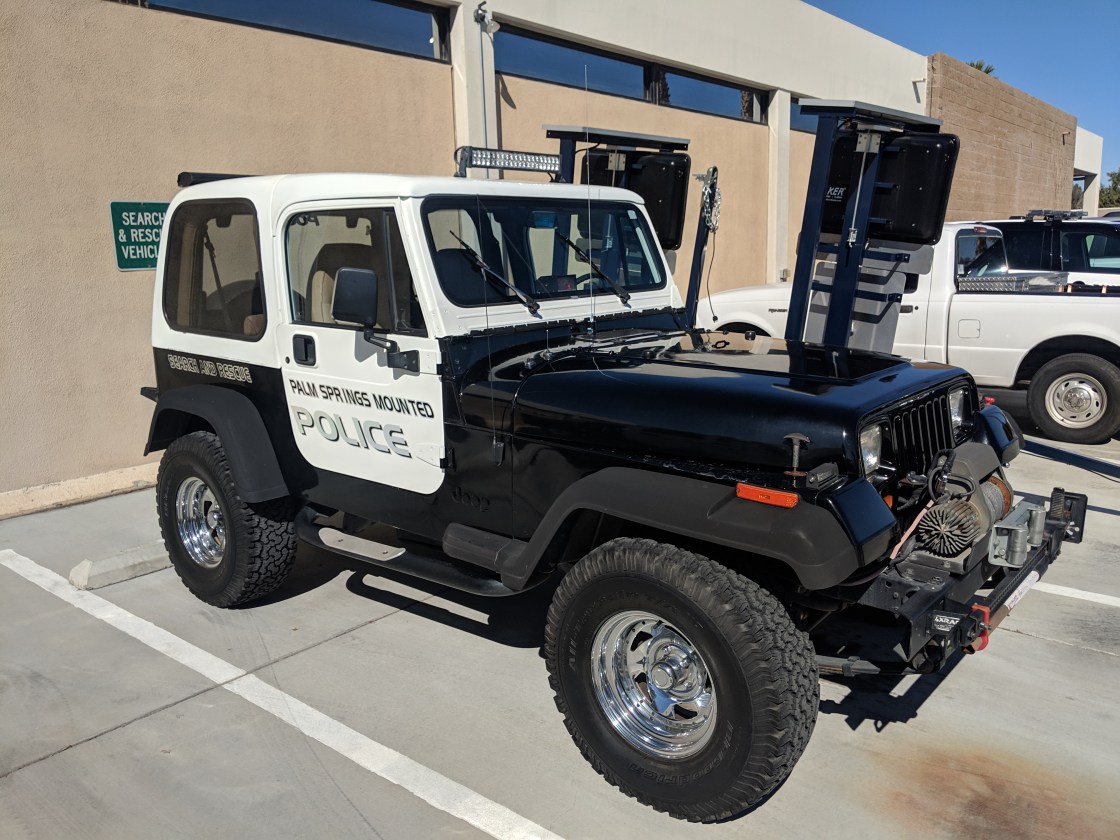 The Palm Springs Search and Rescue team is the unit in charge of saving people who are in critical danger, but this time it is they who are asking for the community’s help to replace a rescue car.

The Palm Springs Mounted Police is running a campaign to raise $70,000 to replace its more than 25-year-old jeep with a new four-door jeep equipped to withstand mountain rescues and floods.

Doug Stevens is a member of the team made of volunteers, he said the perfect example of the need for the new Jeep was on Valentine’s Day when heavy storms flooded parts of the Coachella Valley and stranded several locals who were rescued.

He said the Mounted Police are under the Palm Springs Police Department but the team of volunteers runs a not for profit 501(c)3 organization, therefore purchases like the Jeep are bought through donations and not through the department’s budget.

The Palm Springs Mounted Police does four rescues a month on average at no cost to the person.