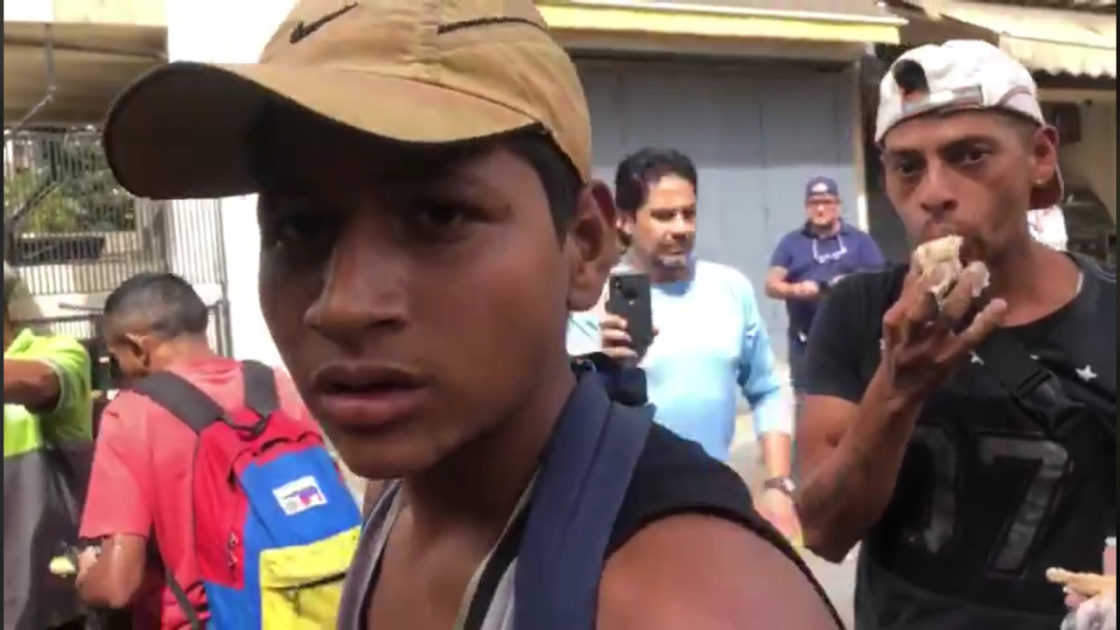 Univision Journalist and Crew Back in U.S. after Being Detained in Venezuela

The images Venezuelan President Nicolas Maduro doesn’t want the world to see: young men so desperate for food they’re willing to rummage through a garbage truck for their daily bread, they were taken by U.S., Univision journalist Jorge Ramos, and a crew there on assignment.

In the video you can hear him ask a young man in Spanish if this is what they have to do to get food.

The young man answers in Spanish, “Yes, we are hungry and Maduro knows it.”

He’s then interrupted by another man, who is eating what he’s just taken out of the garbage truck, who tells Ramos they need a new president because they can no longer live like this and admits he does this regularly to feed his family.

During an interview with the embattled Venezuelan president Ramos says he pressed Maduro over human rights abuses. Maduro called Ramos‘ accounts lies, so he says he showed Maduro proof people were starving under his rule.

Ramos says he and a producer did not want to hand over their phones so they were thrown in a dark room for over two hours, “And a group of agents came in and they took forcefully my backpack, my cell phone, they did the same thing with maria’s and they us to give them our pass-codes.”

Their detainment drew swift condemnation from the State Department and journalists’ rights groups demanding their release and their equipment be returned by the Venezuelan government.

This isn’t the first time Ramos makes headlines for his reporting. During the presidential campaign, he had a tense exchange with then candidate Donald Trump during a news conference.

“Excuse me sit down you weren’t called,” Mr. Trump says to Ramos after Ramos interrupts as he’s about to call on a reporter for a question, ” he continues to tell him to be quiet and sit down eventually ending with, “go back to Univision.”

Ramos was then forced out of the news conference and not allowed back in for 15 minutes.

Ramos insisted, “I have the right to ask a question.”

Ramos and the group of journalists were eventually set free and escorted out of the country. Ramos is swarmed by reporters as he arrived on us soil.

He says he truly feels like he’s home after going through difficult moments.

But Ramos says the government robbed them of their work and attacked press freedom, “I think we’ll never had that interview, they don’t want the world to see what we did.”