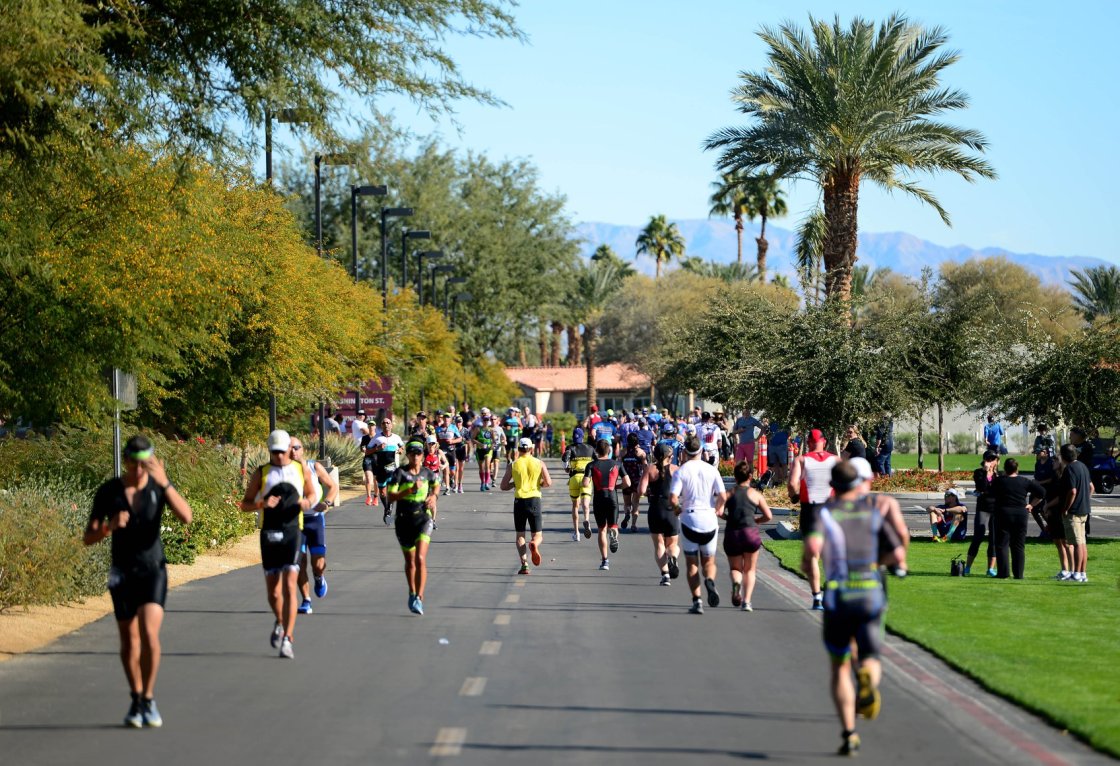 UPDATE: The La Quinta City Council voted unanimously to keep the race in the city but rework the route. Mayor Linda Evans says the new route is a hybrid of two routes the city studied that includes community feedback.

La Quinta Baking Company on Washington St. and Highway 111 is known for their fresh baked bread, pastries and homemade everything, so on December 9th of 2018, when people could not get to their favorite cafe they were not happy.

“There were a lot of people that called me that day and said, ‘We tried to get to your restaurant but we couldn’t make it,'” says Kim Gower the owner of the cafe who says she wasn’t happy either because she lost business.

It happened during the Ironman 7.0 Triathalon, when over 2400 athletes descended on the city.

Gower says it caused congestion like she’s never seen in the six years of doing business at La Quinta Plaza, “We were impacted fairly significantly because the route that they had the bike riders going were primarily Washington and 111.”

Some said they were stuck for over two hours on major arteries of La Quinta during the race. And the city took a lot of heat for lack of planning.

Since then the city has been holding workshops, studying better routes, consulting with experts, business owners and residents to fix the traffic issues for this year’s race.

“I believe there is a way to fix it based on some of the discussions I‘ve had with city council,” says Gower.

From those sessions the city issued a report that shows two alternative routes and plans to include a larger outreach to inform the community about the race, and despite its three year deal with the race, at Tuesday’s council meeting everything is on the table including not holding it at all.

Gower hopes the city finds a way to let the race go on, “(I would) like to see the event continue, hopefully they make the right decisions based on the routes and everybody’s happy.”