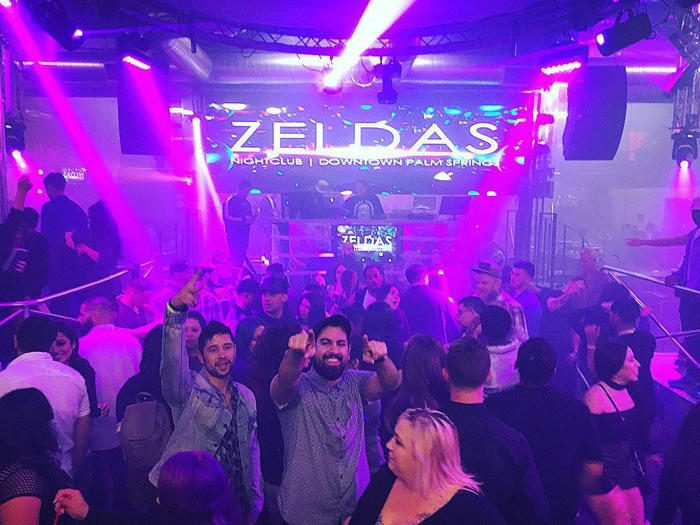 Zelda’s Future Could Be In Question

It may be last call for one of the hottest clubs in the Coachella Valley, following alleged failure to comply with city permits. Zelda’s has been in the valley for 43 years, and for that reason it is very well known with all age groups. However, following the most recent fatal shooting outside of the club, the City of Palm Springs is putting their foot down, saying Zelda’s has been allegedly neglecting certain permits for far too long.

If you’re not familiar with Zelda’s, it’s a nightclub that has hosted various toy drives, food drives, veteran’s weekends, and the Dinah Shore opening and closing parties year after year. However, recently, the fights and a fatal shooting happening inside the Zelda’s parking lot in Palm Springs have put the future of the club in question. This uncertainty has been extremely upsetting to longtime Zelda’s neighbor and owner of “Spaghetteria,” Marzia Rossi.

“It’s very upset because for what? For what are they closing Zelda’s? Zelda’s is a must here in downtown Palm Springs.”

In fact, she says this area has always been safe.

“I never have a problem. There is a lot of security every night with three or four people watching. No problem in this plaza.”

Not only does she claim she’s never had a problem in the plaza, but she also sings praises to the owners of the nightclub.

“Of course I’m so happy [to have them as neighbors]. I feel safe having people like that, that I know. My god, this is a fantastic family,”

So, on the one hand, we have business owners that couldn’t be happier to have

Zelda’s as a neighbor. On the other hand, the City of Palm Springs says permit violations could force Zelda’s to close its doors.

“As you’re aware we’ve had some issues with them not complying with the terms of their conditional use permit, which has to do with cameras and things of that nature,” Davide Ready, the Palm Springs City Manager told NBC Palm Springs.

The City of Palm Springs stated that Zelda’s does not have the proper maintenance of the required video surveillance system for both the interior and exterior areas of the club.

“So city council will take a review and they could potentially revoke the permit or modify it. Our concern is the safety of our citizens and the people visiting their nightclub,” added Ready.

NBC Palm Springs has reached out to the Zelda’s owner’s attorney multiple times, but with no success. If you would like to help weigh in on the decision, there will be time for public comment on this issue during tonight’s council meeting at the Palm Springs City Hall starting at 6pm.